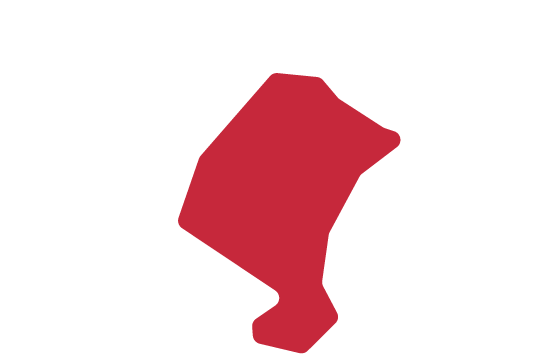 Navarra embraces you with its exuberant nature, from the green and leafy forests of the Sierra de Urbasa to the overwhelming desert of the Bardenas Reales. Navarra is its legacy of art and culture, with its Castle of Olite or its Camino de Santiago.

With an exquisite traditional cuisine, with 4 restaurants awarded 5 Michelin stars and its young Zaldicook, masters of the Navarran vegetable garden and passionate about Navarran products.

Do not miss it!

What to see in Navarre

Located in the north of the Iberian Peninsula, this small region of Spain is captivating for the welcoming character of the people, the contrasting landscapes together with that range from the green forests of the Irati Forest to the desert of the Bardenas Reales.

Along with that notion exist the beautiful medieval villages of Olite and Ujué, without forgetting the beautiful capital Pamplona, a city that is also full of places to try the delicious pintxos and traditional dishes such as piquillo peppers, chistorra sausage, chilindrón lamb, cod ajoarriero or trout.

So, what’s there to see in Navarre?

Navarre and the culture of the north

The best way to visit this region is to make a circular route by car, between 5 and 7 days, which will increase depending on the number of hiking trails that you include in its three natural parks.

The ideal season to travel to Navarre is between April and October, when the weather is more pleasant and there is less rain, although if you want to enjoy the landscapes to the maximum we recommend you to visit it in autumn when the forests are dyed in a multitude of colors.

To visit, and to see Navarre properly, there are some must see places that you cannot afford to miss.

Known as the ‘Little Venice’, Lesaka is one of the most beautiful villages you can find in the north. With more than 20 canals, this town, full of history, its build upon stately houses full of color and magic. Its aged smell will make you fall in love with the Navarrese Pyrenees.

Here you can enjoy the Church of San Martín de Tours, considered one of the most important in Navarre. It also has a magnificent altarpiece and organ declared of Cultural Interest.

You can also immerse yourself in the black pages of history, because this town has ‘El Pillirik’, a stone column in the shape of a cross, where those who had committed a sin hung by the tongue together with those who blasphemed the Church. As a public chastisement, children who had misbehaved were also tied up.

We begin with one of the most emblematic and spectacular enclaves of the whole community: the Natural Park of the Bardenas Reales. It is incredible to think that a series (to be totally precise: Game of Thrones) put it definitively on the map.

The ideal is to start the visit at the Park Information Center and let the staff advise you in any way they can. The classic route can be done by car (about 30 km of circular road) that passes through viewpoints, ravines, and trails that will catapult you into a world you had not even imagined. And even less in the north of Spain.

Milagro is located in the Ribera de Navarra. A village full of history since various Roman remains have been found in this small town, specifically a Roman burial tomb and a fragment of an iron ring.

Famous also for its cherries, this village has several hidden places that you will have to discover by yourselves.

Walking along the river bank towards the south, past the water treatment plant, and just before reaching the junction between the Ebro and Aragon rivers, you can enjoy one of the best views of this town and refresh in those cold waters at the same time.

This destination is ideal for those looking to soak in the heat of the day or simply dreaming under a totally clear sky on the shores of calm waters while contemplating the sounds of nature that surround you.

Tudela, the second-largest city in Navarre, is a highly recommended stop for numerous reasons. The first is that, within its walls, Muslims, Mozarabs and Jews coexisted peacefully for about 400 years, which influenced the culture and architecture of the city.

Another reason to visit this unique city, is that Tudela could well be known as “the capital of vegetables”: some of the best vegetables in Spain are grown and cooked here, especially artichokes, asparagus, chard, peas, and lettuce hearts.

It is known as the island of Navarre, as it is located outside the borders of the community. Nestled in the heart of Aragon, Petilla de Aragón is the birthplace of Santiago Ramón y Cajal, one of the most important scientists in the world.

Here you will see monuments as the Parish of San Millán, built in the thirteenth century with a Gothic style, and the Chapel of San Antonio, found in the enclave of Los Bastanes.

For those of you who love nature, there are several trails for hiking routes and get lost among pines, beeches, and oaks while enjoying the lush views of the peaks of the Pyrenees and the Sierra de Santo Domingo.

Navarre’s gastronomy is so rich in high quality products, that, without a doubt, is famous around Spain and Europe, being one of the best in that continent.

From the mountains of the Pyrenees to the orchards in the south of the region.

To say Navarre is to think of fresh and varied products; high quality meats, vegetables, and even though it does not have a coastline, the fish is not precisely mediocre, on the contrary.

The gastronomy of Navarre, although it has its unique style, has had a lot of influence from other neighboring regions such as Euskadi, Rioja, Aragón and even the French cuisine. This idea is very attractive and interesting for a lot of people, making the delite of all the lovers of universal gastronomy.

The gastronomy of Navarre must be divided between north and south.

The northern region of Navarre is known for its meat dishes and its more caloric products due to its climate, such as chistorra, lamb, cheese, or veal.

In the southern area, however, the vegetable garden of the Ribera Navarre and its products such as artichokes, asparagus, or peppers stand out.

History tells us that as early as the 12th century, in the fifth book of the Codex Calixtinus, Navarre’s typical dishes were mentioned in what is said to be the first travel guide for pilgrims to Santiago de Compostela, whose route passed through a large part of the Kingdom of Navarre.