Olite what to see and what to do. Tourism guide Skip to main content
Close Search
Favorite

Vestiges of the splendor of the old Reyno de Navarra

There where you could enjoy more sunny days, in the town of Olite, Carlos III the Noble ordered the construction of the imposing Royal Palace, next to the church of Santa María. This palace was his residence for years, positioning the town in a prominent place within his Kingdom and Europe. Today it can be visited and from its towers you can see the medieval city that surrounds it and the plains typical of a transitional landscape of the Middle Earth of Navarra.

But Olite is more than his palace. This small city, with just over 3,000 inhabitants, is a network of robust manor houses with imposing coats of arms on the facades, Roman walls, Gothic arcades and beautiful churches.

And if you are curious to see what Olite was like in the middle of the Middle Ages, you are in luck because it is not impossible to visit it on the weekend of August when the Medieval Festivals are celebrated when the city is transformed and filled with figures such as merchants, artisans, puppeteers, troubadours, clerics, archers, falconers and jugglers. 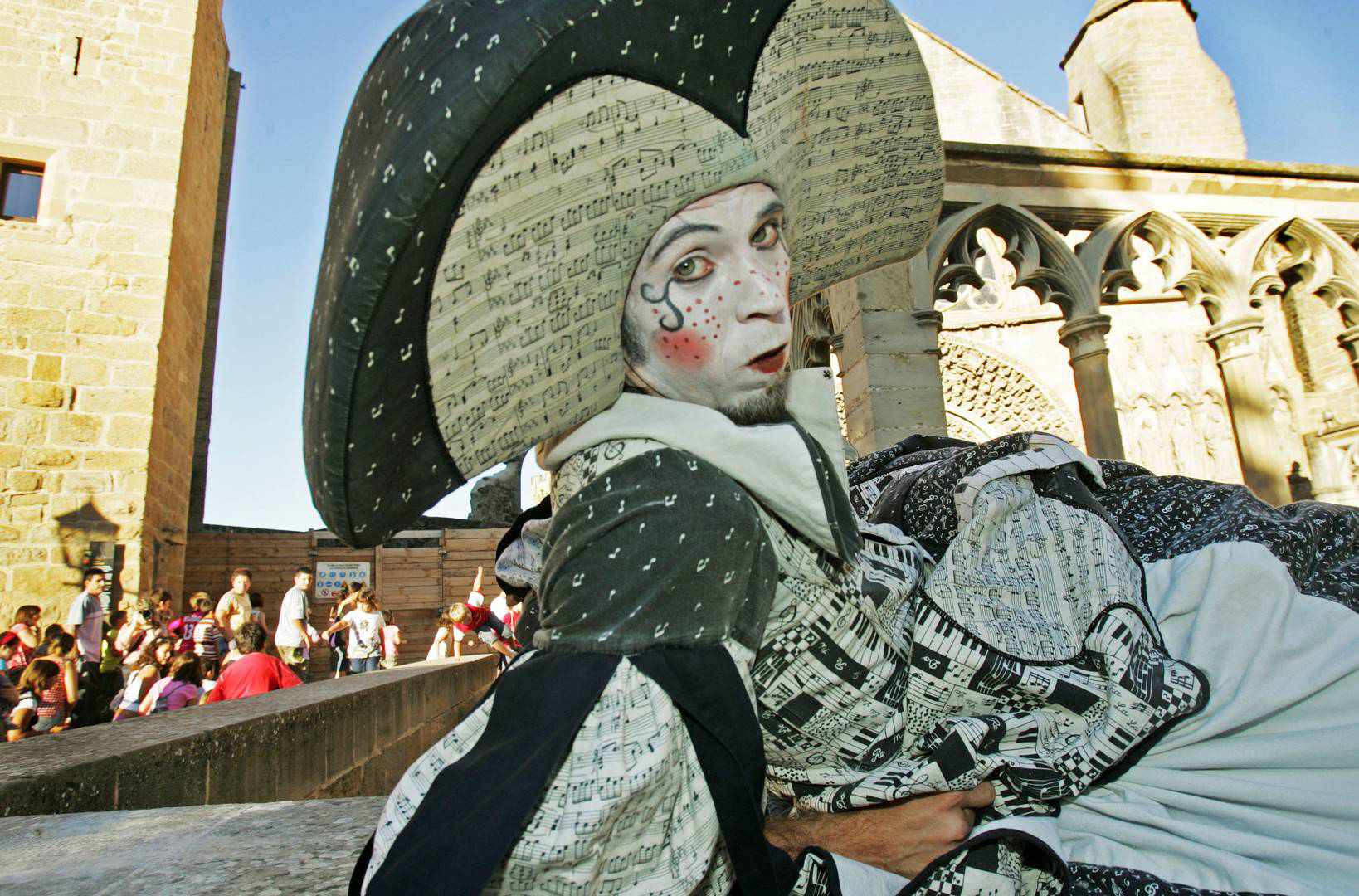 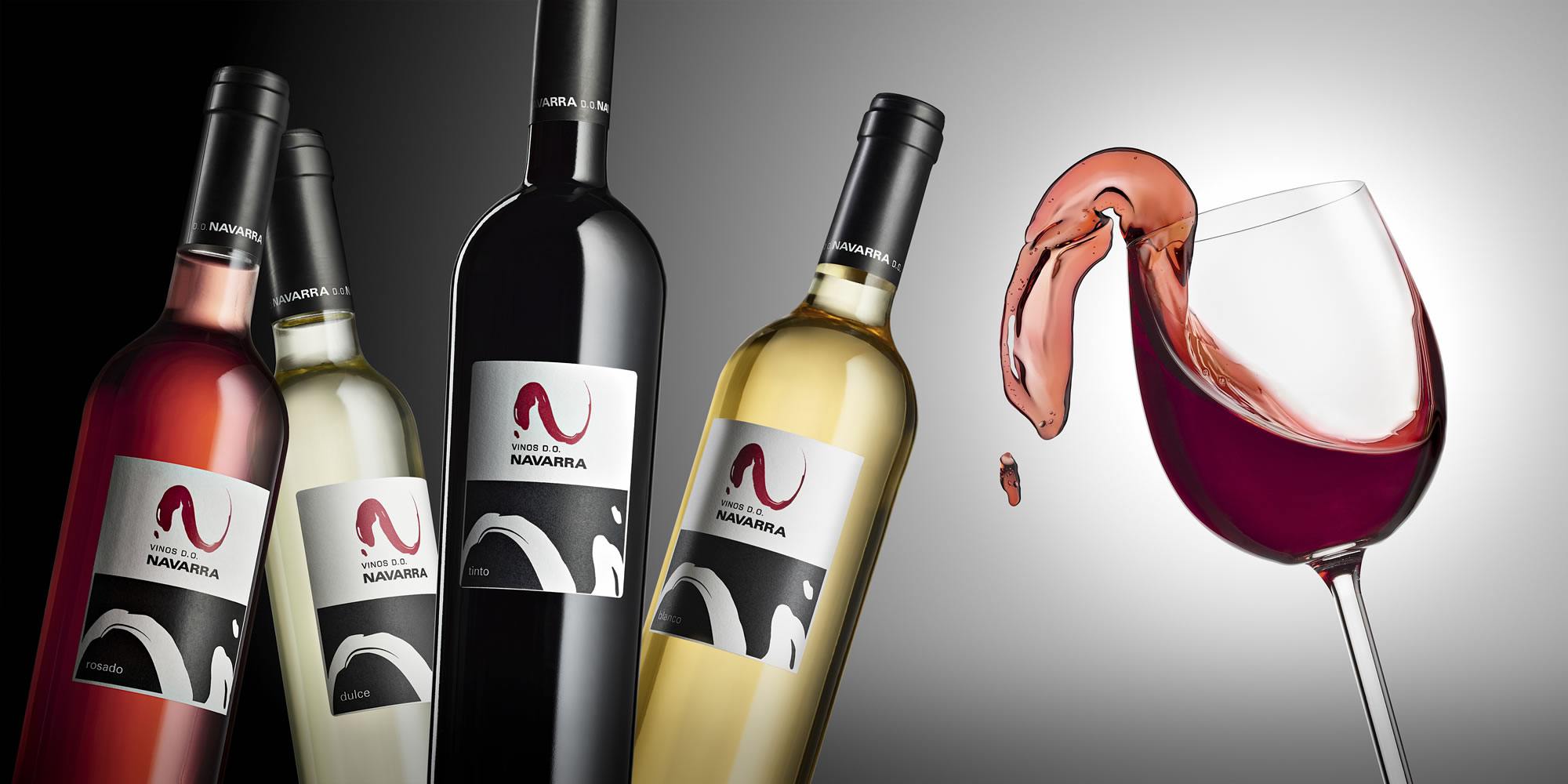 Not only the cradle of Navarra wine

Without a doubt, it is the Navarran capital of wine. Not surprisingly, the Navarra Denomination of Origin Regulatory Council and the Wine Museum are located here, as well as several wineries that produce this product from different denominations of origin of varieties such as reds (tempranillo, cabernet sauvignon, merlot, garnacha and Graciano) or whites. (viura, chardonnay and small grain muscatel).

This prized drink can be the perfect accompaniment to typical dishes of Navarran cuisine such as ajoarriero with snails or lamb with chilindrón, or even sweets such as donuts. But these lands also offer vegetables and game such as hare. 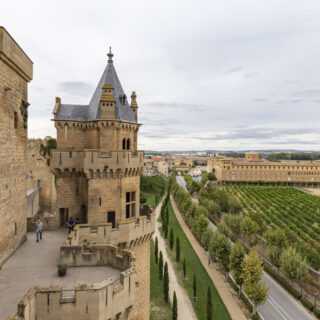 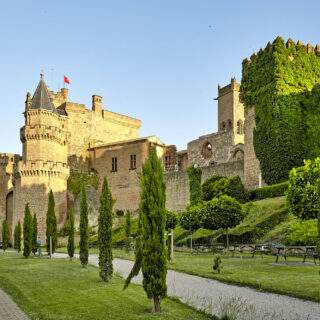 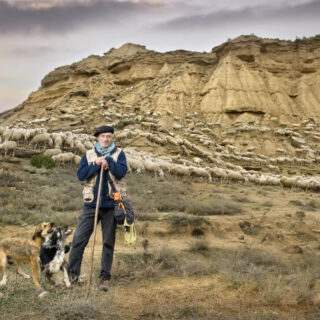 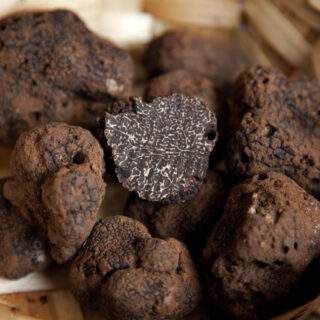 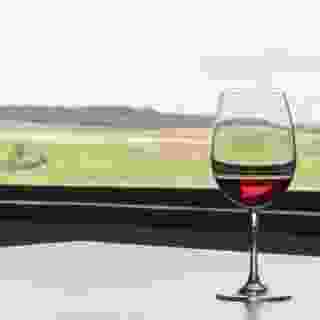 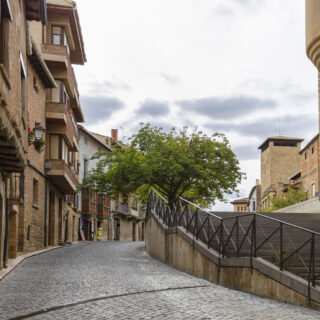 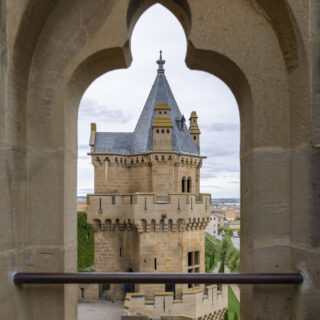 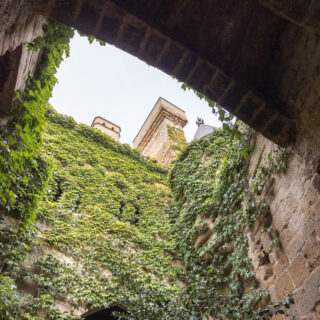 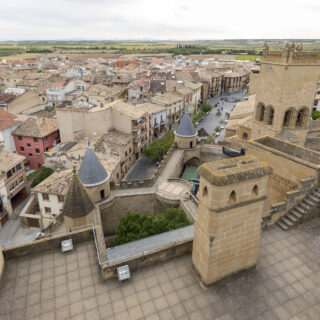 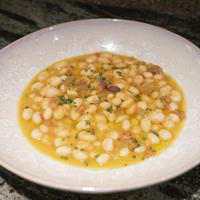 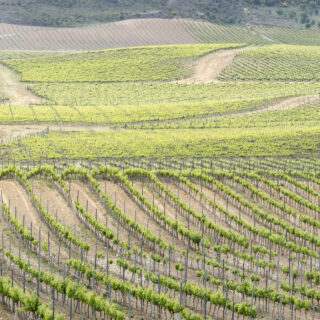 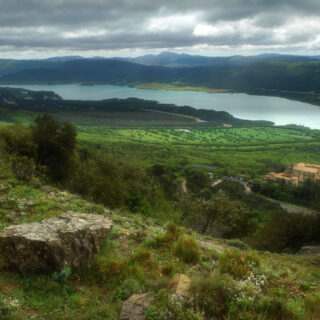 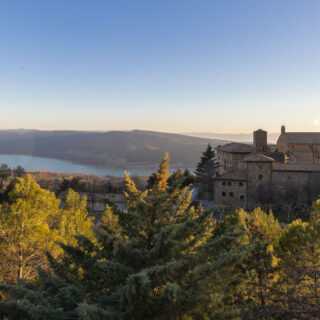 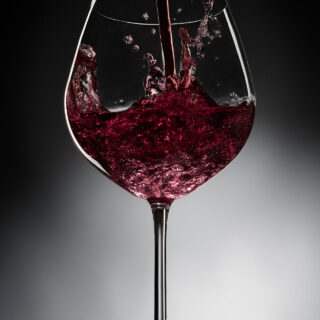 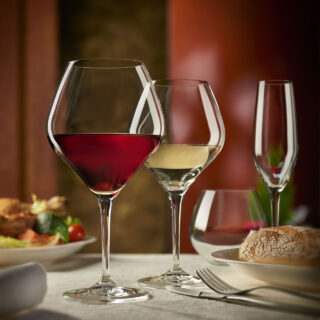 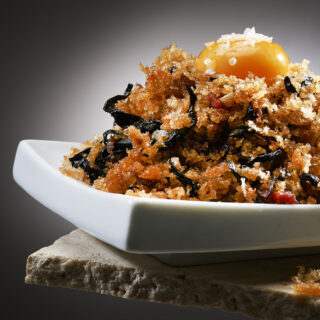 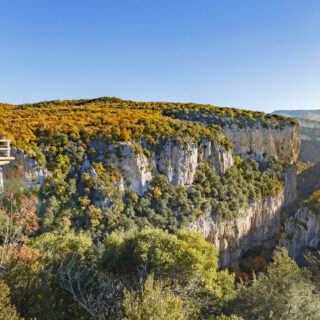 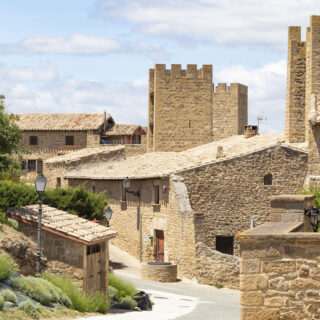 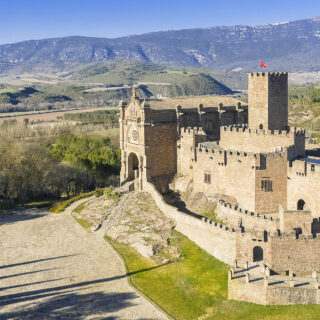 Imagine a town of cobblestone streets, noble mansions, medieval galleries and splendid churches. Imagine its people chatting, merchants advertising their wares and farmers working the fields and vineyards beyond the walls.

Imagine a beautiful castle dominating the village. With impressive towers, luxurious rooms and the lushest gardens that can be cultivated.

And now stop imagining, because what we have told you is not a mirage. It is a very real place, and it is in the Middle Zone of Navarre.

Its name is Olite and its castle, the Royal Palace.

And here we are going to give you all the information you need to come and visit it and enjoy one of the most beautiful castles in Spain.

A brief history of Olite

Erected by Charles III the noble, between the fourteenth and fifteenth centuries, the Castle of Olite became the main seat of the monarchy of Navarre and the place of residence of its kings, already admired at that time throughout Europe thanks to both its castle and its management of the territory and general economy.

It is ironic that its design was influenced by the French style because it was during the Spanish War of Independence, when one of the Spanish generals had to reduce it practically to ashes to prevent it from acting as a French fortification, gaining a key strategic point to fight against the Spaniards themselves.

It was not until the early twentieth century when a competition was held for the reconstruction of the Castle of Olite in order to recover its most magnificent state, thus preserving a universal work of vital importance to understand the Spanish medieval history.

Like its castle, Olite is located in the nerve center of Navarre, that perfect midpoint between Euskadi and 42 km south of Pamplona. Being the royal seat during the Middle Ages, this palace hosted different kings, queens, and princesses who were the nobles par excellence of those lands during those years from the 13th to the 15th century.

Declared a national monument in 1925, and later a World Heritage Site, Olite is the clearest example of civil Gothic architecture in Navarre and one of the most remarkable and important in Europe.

If you go into its streets, we can be embraced by huge stone houses bearing the coat of arms of the town next to beautiful wooden eaves. Along with medieval galleries and churches at the height of its castle, Olite dates back to the age of the Roman Empire, as its original wall was built by them even before the invention of the modern calendar.

In the gastronomic field, Olite is considered one of the wine capitals of the Spanish state, producing, thanks to its Mediterranean climate, a product of excellent quality recognized nationally and revered at European level.

To highlight its medieval nature, every August a medieval festival takes place in Olite that attracts people from all over the country thanks to the fact that the town dresses up in period costumes and creates a scenography.

All of this is combined with art and actors to simulate that we have taken a time machine and have returned to a past where the late Middle Ages were to give way to the Renaissance.

A setting full of magic: The Castle of Olite

The Olite Castle it looks like the set of a Ridley Scott movie but without the budget for art, as it is incorporated as standard for our delight.

The castle is divided into a series of outstanding sections that we comment below:

Your first visit is to the excavation room, a place that will make us feel as if you are Indiana Jones exploring the actual ruins of what was the original Olite Castle. There you will get to see and touch everything of what was once the wonder of Europe and where so many political-monarchical events took place at the expense of an important but fragile economy.

When these ruins were discovered, archaeologists carried out the relevant studies and, after carrying out several tastings, found several supports of the original castle such as a pillar, a column, and part of the wall.

This allowed to lay the foundations of what would be the almost total reconstruction of the original work, which, although it is still somewhat speculative, to enjoy a medieval castle which we can visit and get lost among its scenery, which is still an advantage that no one would trade for a ruin seen from afar.

Although it is restored, Olite makes you follow the route through climbing the towers or watchtowers of the building, which used to be one-way, although people go up and down, and the maneuverability space is, shall we say, somewhat limited.

Once you overcome such a narrow contest, the kings’ quarters open before us in the main tower, marking the nerve center of the renovated Castle of Olite and the starting point to explore the rest of the monument arbitrarily.

While you may decide to continue the visit inside this architectural beauty, we recommend that you take a short break to contemplate from the royal balconies a landscape of impossible horizons that will appear before you.

That will give you the opportunity to appreciate the beauty of the lands of Navarre, whose geography will take you on a journey forged from centuries of history with the capital, Pamplona, in the distance and blurred by the natural dews that rise from the fields of crops.

These towers highlight even more how essential it is to preserve the historical memory of a culture, regardless of which one it is, thus being able to maintain it for future generations, teaching them respect and veneration for those who came before us.