Located on the plain of the river Cidacos, this is one of the oldest towns in La Rioja.

The capital of Rioja Baja, Calahorra boasts an important archaeological heritage, particularly of the Roman period, and its historic centre still conserves the layout of this period. 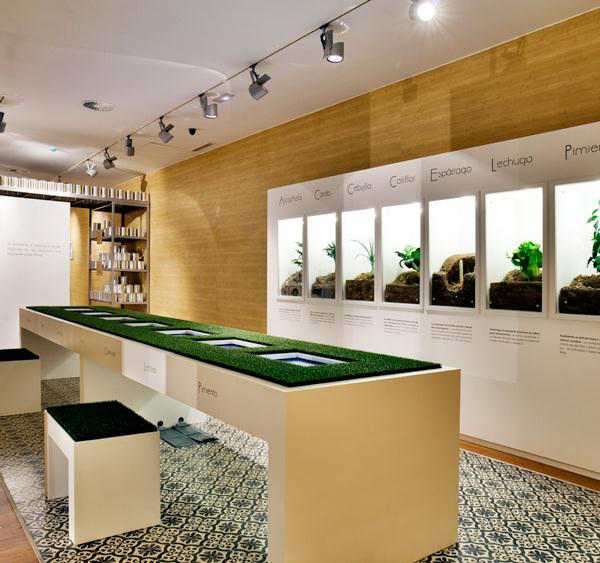 The vegetables of Calahorra


The Museum of Vegetables reinforces the identity of Calahorra as a Town of Vegetables and shows visitors the activity of the market gardens and type of crops to be found on the Ebro river plain, forming part of the history of the district and its people.

Given that it is intended to be an interactive and didactic centre, it is equipped with new technologies, touch screens and computer games in order to make its content more attractive. Throughout the centre, there are 18 audiovisuals presenting different aspects of the most important vegetables of Calahorra, ranging from the land to agriculture, gastronomy and the importance of horticultural products in a healthy diet. 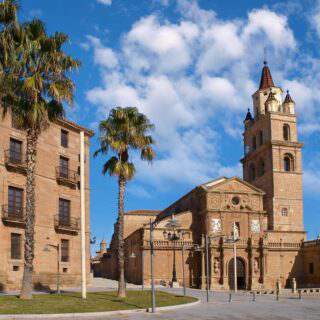 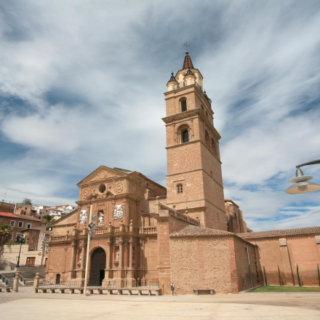 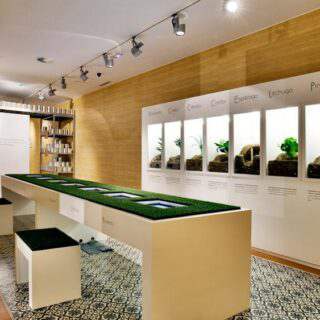 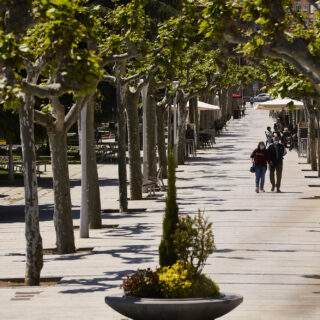 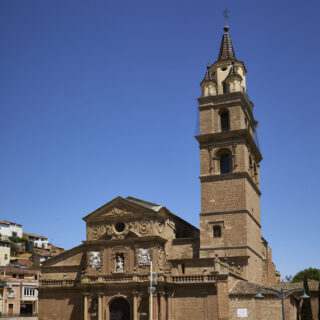 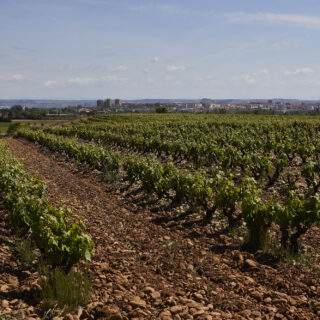 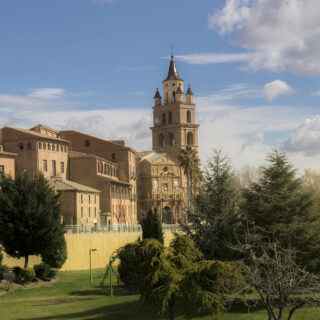 What to see in Calahorra

Calahorra is a secret closed city, which maintains in the circular course of its streets the layout of the Roman city. A unique labyrinth of curved streets, streets that are interrupted, humble houses as used by the Romans and Jews who lived in this part of La Rioja for more than five centuries.

When visiting Calahorra you will enjoy an intricate tour.

Under the protection of Roman and medieval fortifications, you can break the intimacy of the alleys that lead to magnificent and amazing viewpoints over the valleys of the Ebro and Cidacos, a town that remains untouched by the pace of modernity.

A popular neighborhood at the top, which contrasts with the cathedral of Santa Maria, built next to the river.

Calahorra is a place with a wealth of history, among which are several references to the Jewish past of Christianity.

The curatorial book of the Jews or the most valuable of all, the famous Torah of Calahorra discovered as a wrapper of some books of the minutes of the Chapter, an example of the resistance of the Jewish culture to leave a territory that belonged to them for many generations.

It is the seat of one of the largest dioceses in Spain.

This building is of great architectural value, it was built in the same place where other temples were erected to evoke their patron saints Celedonius and Emeterius, Roman soldiers who were martyred in the third century. At present their relics are preserved in the cathedral.

The cathedral of Calahorra is located a few meters from the Cidacos River, in the area known as the suburb, hence its particular unevenness.

To enter the church it is necessary to descend several steps, this is due to the fact that the previous temples had an entrance door at the level of the river and probably the cathedral was flooded, which prompted the builders to build defenses and raise the doors.

In the 15th century, renovations began, which took until 1900. Its main façade is of baroque style and was built by the brothers Santiago and Juan Raón, architects. Its structure was conceived as an altarpiece of three bodies and topped by a triangular pediment.

In the main door, also called door of the fosal, is San Jerónimo with the images of the martyrs Celedonio and Emeterio to both sides and the Virgin with the Boy in its lintel. The internal vaults are of late Gothic style and there are extraordinary Renaissance, Baroque and Neoclassical altarpieces located in the side chapels and in the ambulatory.

Inside, there is the main chapel, the chapel of the martyrs, the bell towers, a marvelous organ and a baptismal font.

In the unfinished Gothic cloister, there are several jewels of sacred art such as its monstrance, donated by Enrique IV of Castile, as well as remains of altarpieces from various churches that have disappeared and paintings by Guido Reni, Francisco Ribalta and the workshop of José de Ribera.

The Monastery of San José

The Monastery of San José was founded in 1598, under the auspices of the Bishop of Calahorra and La Calzada, Pedro Manso de Zúñiga and the holder of the Patronage, José González de Uzqueta; it is located at the end of the Arrabal, popularly known as the Convent of the Enclosed Nuns.

Its facade is made of stone and consists of the typical Carmelite rectangle, with a triangular pediment topped by balls, the Baroque niche was executed by the Madrid workshop.

Over the main door of the monastery is the image of St. Joseph with the child, executed in 1649, from Madrid. On both sides of the facade there are eagles of the sculptor González de Uzquet.

It has several artistic works of incalculable artistic and patrimonial value: The relief of the main altar contains eleven paintings from Madrid of the life of Santa Teresa.

In the center of the altarpiece is a sculptural group representing the Holy Family of the Castilian Baroque school. The High Altarpiece belongs to the Madrid school of the XVII century.

In the left lateral altarpiece there is a sculpture of high artistic value, belonging to the baroque, it is of 1625, Christ tied to the column, of the sculptor Gregorio Fernandez.

In the central hall, on the right side, there are two neo-Gothic altarpieces with images of Saint Teresa of Jesus.

Said enclosure is a section of Roman archeology of the Museum of La Rioja. This museum shows the history of Calahorra’s past, conveys its importance and the process of Romanization of the place. It consists of three floors, where the findings of different archaeological sites of Calahorra and La Rioja are exposed in a didactic way.

It is located in the heart of the old town, on Angel Olivan Street, in a building owned by the Autonomous Community of La Rioja. It is a modernist mansion built around 1930, also known as the “Casa del Millonario” (Millionaire’s House).

Its owner in the thirties was lucky enough to win the national lottery draw, a fortune that allowed him to build this house.

It had other uses such as a notary’s office, tenants’ housing, until it became a Municipal Museum in 1984. It has an area of 414 m2, consists of a first floor and three floors, plus a garden where architectural materials of greater weight are exposed.

It maintains its original structure, although some rooms have been remodeled to be used as exhibition spaces, it retains some original elements: several stained-glass doors and windows, marquetry floors and ceilings of the noble rooms, as well as the elevator.