What to see in Tolosa. Tourism guide of Tolosa Skip to main content
Close Search
Favorite

Located on the banks of the river Oria, Tolosa is a town of great historical importance, one that is proud of its past while, at the same time, it has successfully adapted to new times

This former capital of Gipuzkoa was an important stop-off point on the trading route linking Navarra with the ports of the Cantabrian sea and, for centuries, it enjoyed numerous privileges. From that glorious past, the town has inherited a highly valued historic centre dotted with buildings and monuments of many different styles.


The town is located on a plain formed at the confluence of the rivers Oria, Araxes and Berastegi, and is clearly divided into two zones: the medieval old quarter and the new expansion of the town . The old quarter comprises narrow streets that run parallel to each other and are separated by numerous squares. Of particular note is the 17th century parish church of Santa María, a temple constructed in what is known as the Basque Gothic style, with three extremely high naves, cross-ribbed vaulting and an exceptionally beautiful Baroque façade.

The church and the convent of Santa Clara, the Baroque town hall, the palaces of Idiakez, Atodo, Aramburu and the Diputación (Council), the Provincial Archive, as well as the Euskal Herria square (that is similar in style to the Plaza de la Constitución square at San Sebastian) are just some of the examples of the rich heritage of Tolosa. Basque contemporary art also has its place in Tolosa, in the form of outdoor sculptures placed in some of the streets and squares of the town. 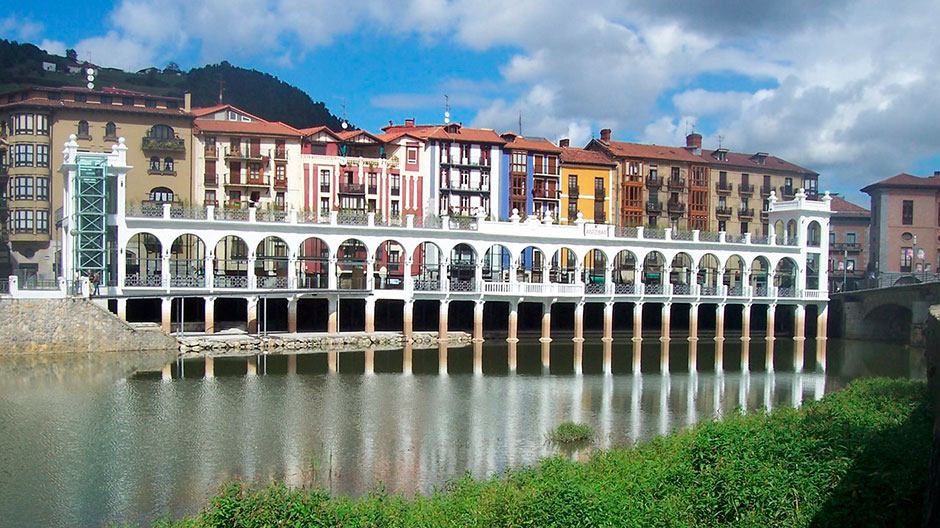 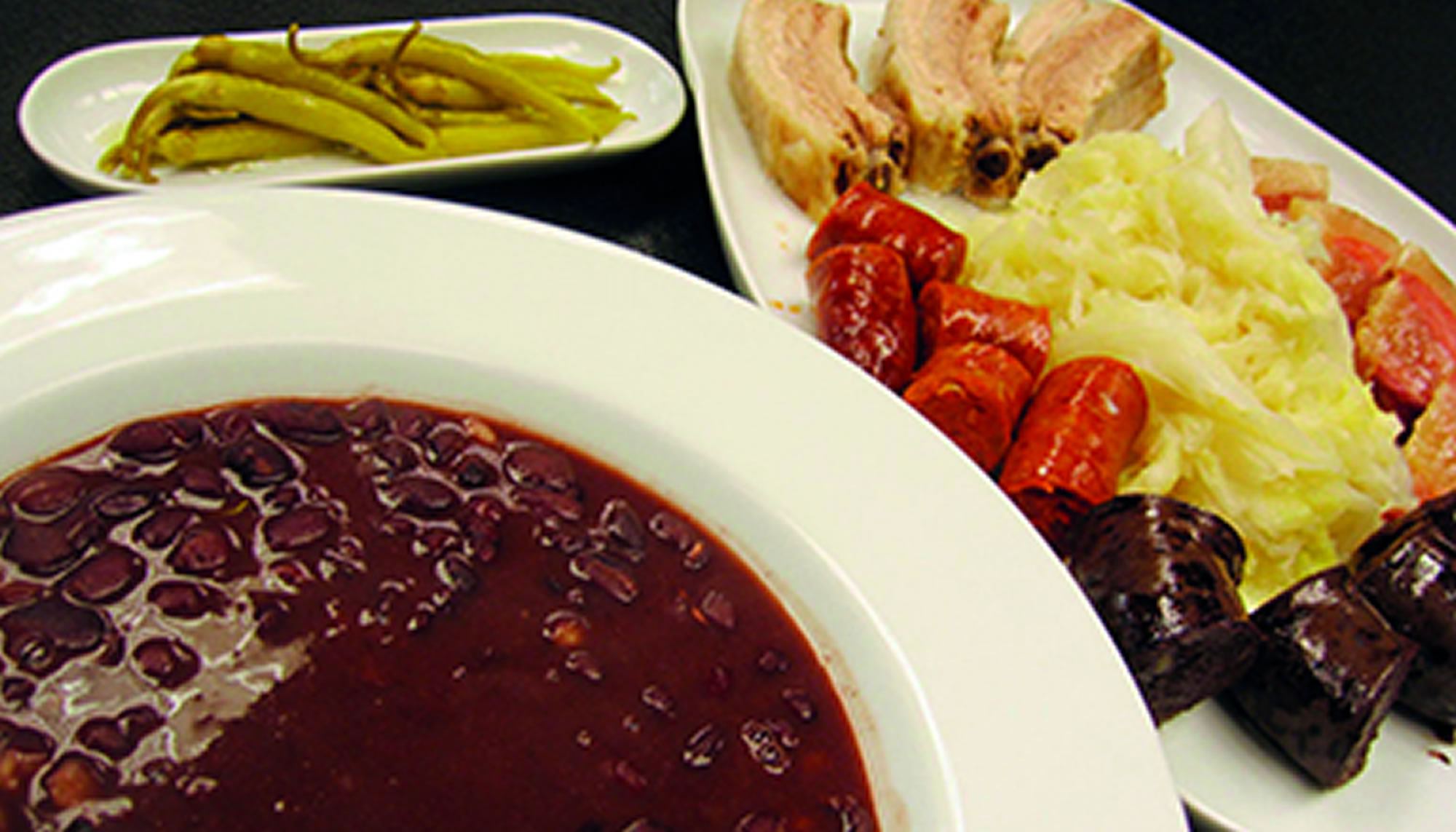 Tolosa-grown beans and much more

Cuisine and gastronomy are one of the most important hallmarks of Tolosa. There is an extensive range of fine quality local produce, such as the Tolosa-grown beans, chili peppers from Ibarra, euskal txerria, the cheese, artisan confectionery and highly acclaimed carveries and cider houses. 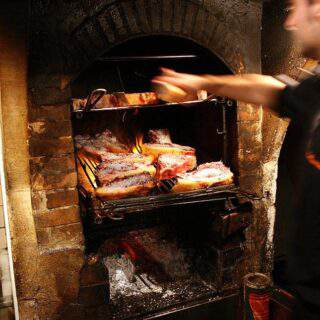 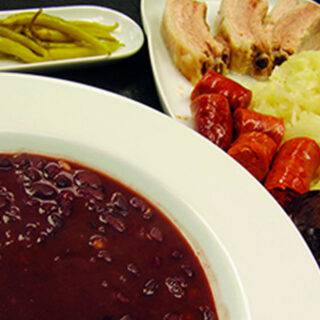 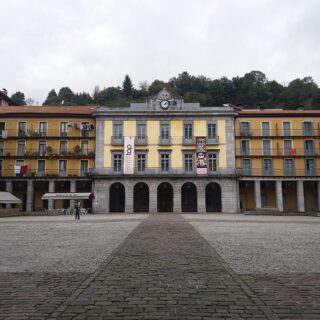 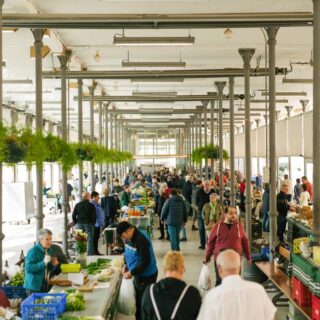 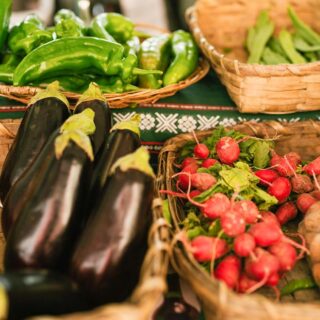 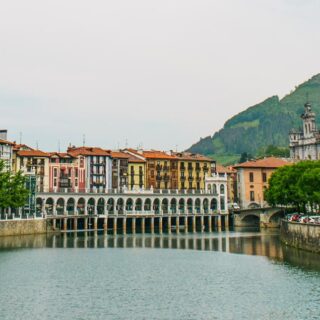 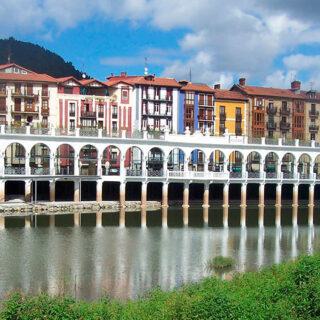 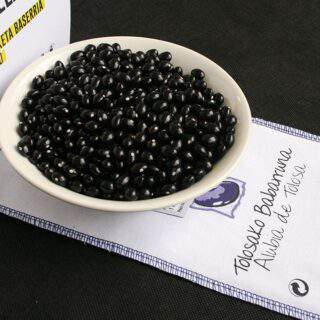 What to see in Tolosa

Tolosa, the ancient capital of Euskadi, encourages us to see and enjoy each and every one of its attractions. This ancient town was a strategic point on the route between the Kingdom of Navarre, the Kingdom of Castile and France.

In fact, it was located on one of the most important merchant routes of the time, the route that linked Navarre with the ports of the Bay of Biscay. Tolosa was, for centuries, the great merchant port of the north, marked by the Oria river as it passes through Tolosa.

Do you want to know what to see in Tolosa? During this article we will guide you through the historic town of Tolosa, in the banks of the Oria River, and other places, so that you can get to know the most emblematic and striking vistas it has to offer.

Tolosa, the jewel of northern Spain

The urban nucleus, that being of medieval character, houses most of the attractions of the town. Also, this is combined with various places where its gastronomy and its events will allow you to enjoy a very complete tourist destination.

Tolosa always has a cheerful and varied cultural activity. Its carnivals and its patron saint festivals are just a small representation of the great cultural agenda available. Another good excuse to escape to this corner of Euskadi is the Tinglado market and bridge of Navarre, symbols and monuments as ancient and pretty, equally.

The urban center is located right at the confluence of the rivers Oria, Araxes and Berastegi, and is clearly distinguished in two areas: the medieval core and the new expansion that the city made in the last century.

The old town is made up of narrow streets organized in parallel and separated by numerous squares. The 17th century church of Santa María, a temple made using the Basque Gothic style, it displays three rooms of great height, ribbed vaults and a beautiful baroque façade that stands out above all.

Also, the medieval core displays The church and convent of Santa Clara, the baroque town hall, the palaces of Idiakez, Atodo, Aramburu and the Provincial Council.

Besides that, the Provincial Archive, as well as the Euskal Herria square are just some examples of the rich heritage of Tolosa. Basque contemporary art also has its place in Tolosa, in the form of outdoor sculptures arranged in some streets and squares of the town.

Tolosa is a city of great cultural activity that carefully preserves many of its traditions. During the year, it hosts numerous festivities and activities of all kinds: the famous carnivals of Tolosa, the festivities of San Juan, the Zumardi nature days and its international competitions of choral masses and puppets.

The International Puppet Center, is located in Tolosa, with its theater, its permanent and temporary exhibitions and its documentation center, one of the elders in Spain and only surpassed by the one found in the urban center of Barcelona.

In the gastronomic section, you will not forget its famous beef steaks and the numerous rotisseries together with the famous Tolosa beans. Having that characteristic dark color and accompanied, of course, of the Ibarra chili peppers, they stand out for their excellent flavor.

For dessert, you cannot miss the “cigarrillos” and “tejas”, as well as the “Xaxus”, typical sweets of the town, which will surely delight the most sweet-toothed people.

The Pintxos of Tolosa

The gastronomy of Tolosa has an ancient tradition and execution, that being represented by the pintxo tastings, which have been the goal of many visitors for a long time.

Pintxos are eaten together with a drink, in two or three bites. These small portions of food were traditionally placed on pieces of bread held by a toothpick. Hence, the origin of the name. They have also been called bocados, banderillas and rations.

Without leaving behind the traditional pintxos, but following the wave of novelties brought by the development of the New Basque Cuisine, the concept of pintxos has also been transformed in recent years and originality has become one of its characteristics, together with beauty and presentation.

The bars of Tolosa are colored with a great variety of pintxos, created with different techniques and products. And although in all the bars you can find the typical pintxos of tortilla, guildas and chipirones, this places also have their own creations that have become well known.

To enjoy the core of their gastronomy, you will have to get the Tolosa Pintxo Pass at the Tourist Office. That will get you into 5 bars of your choosing to enjoy this beautiful tradition in all of its glory.

Each bar has a different Tolosa Gourmet pintxos and costs only €2 each of them individually. The pass also includes water, cider, or wine. If you take the pass you will enjoy various gourmet pintxos, very well-prepared and with which you can have lunch or dinner quietly, see the atmosphere of Toulouse and know a little more of this town.

Once you have finished your meals, you can go again to the town center to visit the hermitage of the Lady of Izaskun in neighboring Ibarra, located in the shelter of Mount Uzturre, where you can find beautiful panoramic views of the region of Tolosaldea and contemplate them while you relax and enjoy a moment of peace.

Tolosa faithfully represents the culture, history, and traditions of the Basque people, a magical environment that we recommend you to visit in every trip to Euskadi.

We encourage you to enjoy all the places and experiences that we have recommended in this article. If you have any questions about what to see in Tolosa, you can use the contact us with any question or ask us for anything that you need to know.

We will try to answer as soon as possible.

Hope to see you soon there.