What to see and do in Tudela. Gastronomic tourism Skip to main content
Close Search
Favorite

To the south of Navarra, between the overwhelming aridity of the Bardenas and the intense green of the Ribera orchard, is Tudela, the second largest and most important city in the Navarre leasehold territory.

Tudela is a melting pot of cultures, Muslim, Jewish and Christian, and proof of this is the cathedral of Santa María, with its brand new Puerta del Juicio, built around 1180 on the remains of an old mosque or the typical network of narrow streets and buildings in the Jewish quarter.

Today it is a city with services in the middle of farmland and more arid areas such as the Bardenas Reales Park, declared a Biosphere Reserve by UNESCO. It is a large expanse of sandstone that the wind and rain shape as they please, making each visit unique. 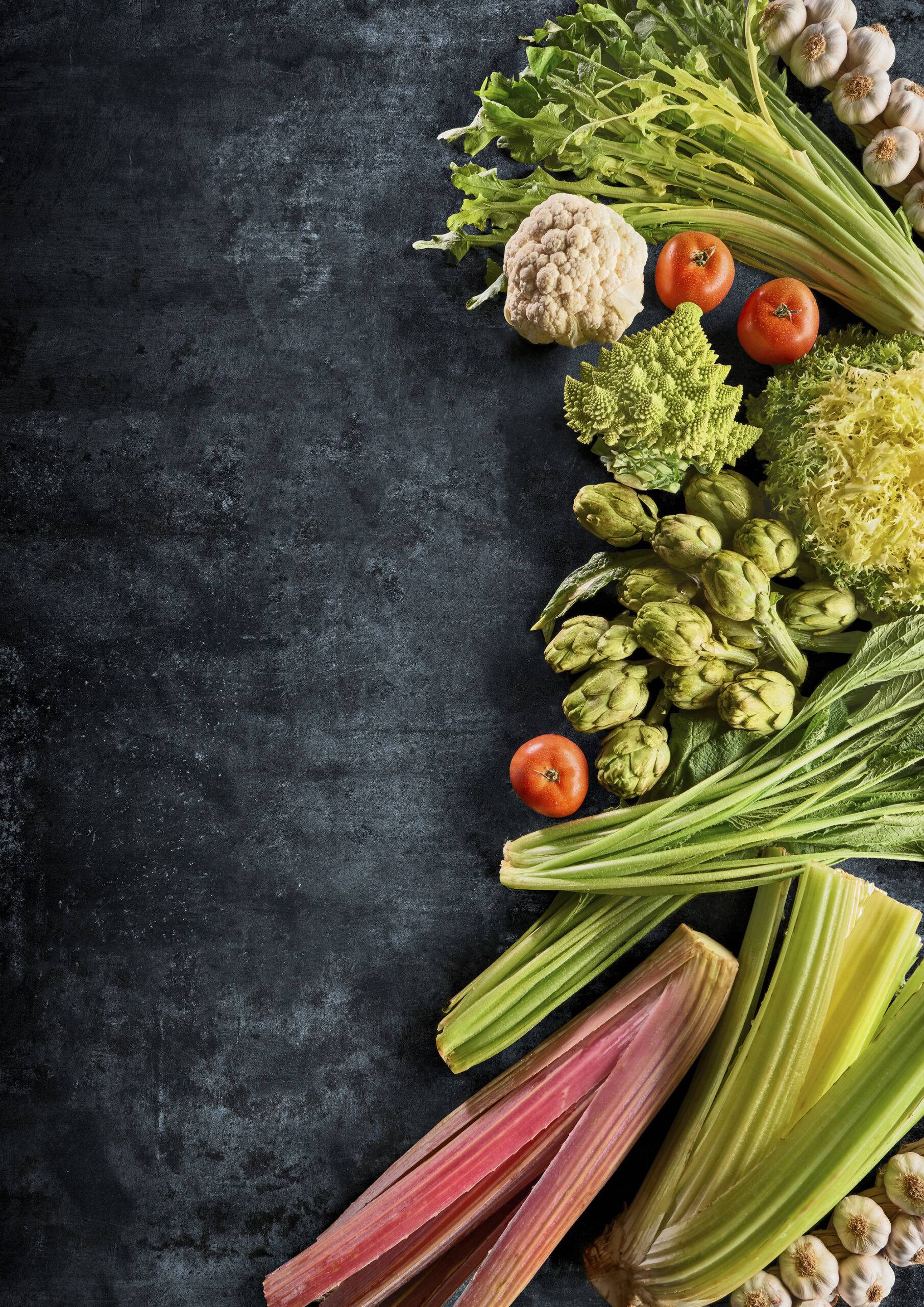 The queen, the vegetable


Vegetables are so important that a whole week is devoted to them!

The Tudela artichoke is one of the vegetables most praised by gourmets. Called the flower of the orchard due to its characteristic shape, in Navarra only the “Blanca de Tudela” variety is grown and it is distinguished from others by its more rounded shape and by having a circular hole in the upper part due to the fact that the bracts or leaves they do not come together to close the head.

But Tudela and the Navarran riverside also have buds, asparagus or tomatoes that would be orphaned without the last name “from Tudela”. Without forgetting the borage, onions, thistle, broad beans, peas or rice grown mainly in Arguedas. All of them, separately or together in the best-known dish, stew, which you cannot miss if you visit this area. 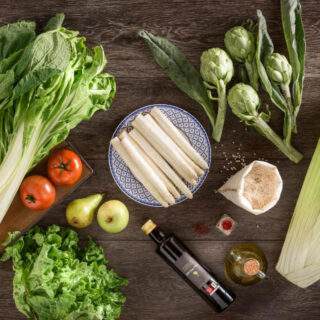 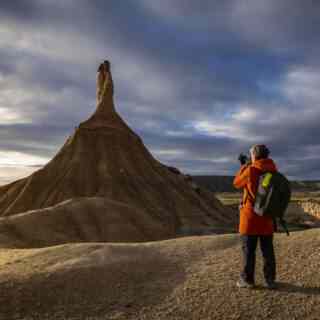 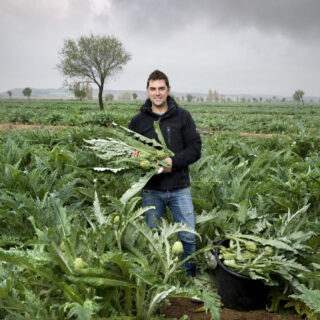 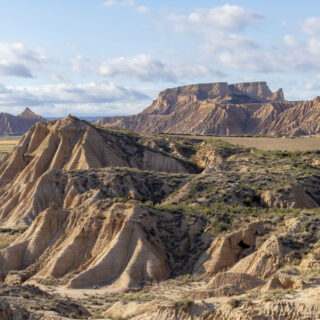 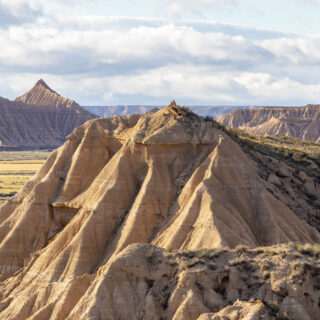 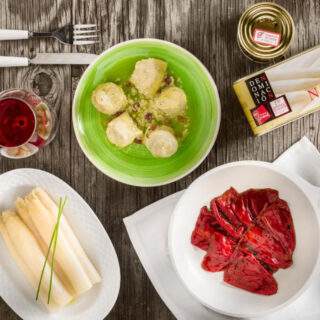 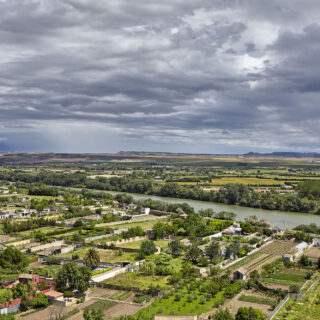 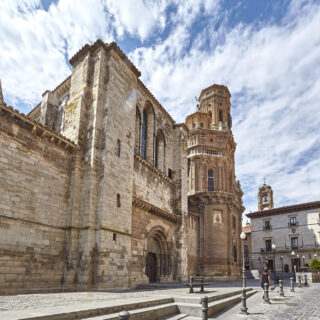 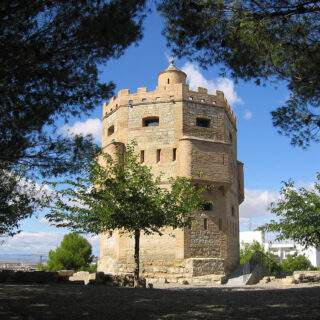 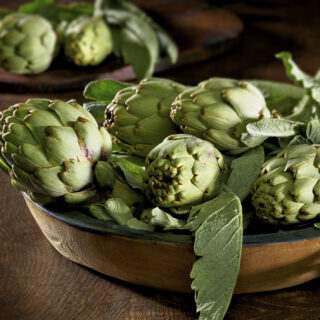 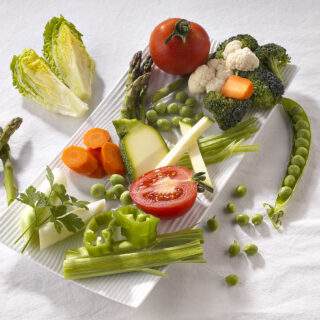 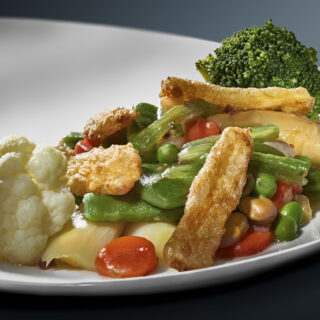 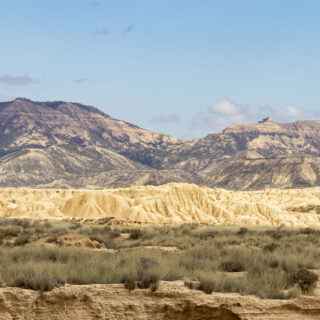 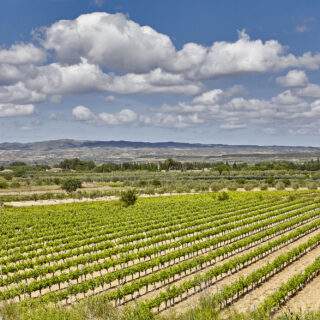 What to see in Tudela

This beautiful city is known as the economic center of the Navarrese riverside. Its name comes from the Roman word “Tutela” and there is evidence that its territory has been inhabited since the Lower Paleolithic and, uninterruptedly, since the Iron Age.

The territory of Tudela has Celtic, Celtiberian, Roman, Visigoth, Muslim and Christian history; a cultural richness that makes it very difficult to decide what to see in Tudela. That is why today is one of the most visited cities, not only of Spain, but all Europe and the world.

In addition to all the places you are going to know in your visit to Tudela, you will also enjoy this destination thanks to its gastronomy. A first class gastronomy, with vegetables as the real protagonist of their dishes.

You can taste the wonderful asparagus from Navarre, the red piquillo peppers and of course, the Tudela lettuce hearts, which is a real delicacy for a lot of people. You should also know that every year they organize a vegetable tasting days. If your visit coincides with these days, you may find the city with many more visitors.

All of this is well worth it, because you can try excellent vegetable tapas in almost every bar and restaurant in the city.

The Museum and medieval bridge of Tudela

Located next to the Cathedral of Santa Maria, in the historic center, there is the main museum that can be seen in Tudela. It is located in the fabulous building of Palacio Decanal, whose origin dates back to the 15th century, and the Romanesque cloister of the Cathedral.

Inside you can see important works of art of the city of Tudela, from fabulous paintings, one of them attributed to Bosch, and even there is a collection of archaeological remains from ancient times.

The Palacio Decanal was the residence of the main religious authority in the city, although during the Middle Ages it also served as lodging for numerous kings and illustrious personalities, including the occasional pope.

In regard to the bridge over the Ebro River, that is the first thing you will come across on your visit to Tudela.

It is believed to have been built in the Middle Ages, during the rule of Sancho VII “El Fuerte”, between the twelfth and thirteenth centuries, during the Muslim occupation.

It has 17 arches and is 360 meters long, being a key element in the economic development of Tudela, a city where, as in Toledo, Christians, Arabs, and Jews coexisted for centuries.

The bridge has undergone numerous changes and restorations over the centuries, but has always remained closely linked to the history of the city.

It is one of the most important monuments to see in Tudela and the most emblematic place of the capital of La Ribera. This bridge it is also one of the best places from where to see the silhouette of Tudela, where the towers and the main medieval buildings stand out and forge themselves in a shadow that will take you back in time.

The Bardenas Reales of Tudela

Coming across a desert 70 kilometers from the Pyrenees is something that surprises most people because of the geographical rarity and the breathtaking surroundings. It is hard to believe that such a place is next to Tudela, but that is how it is.

Although there is something very critical you need to know: the landscape and the geological formations are an essential part of the Natural Park and, as visitors, you should not climb on the slopes and peaks of the formations, because you can degrade them.

We are talking about an extremely fragile ecosystem that you must take care if you go for a visit.

That being said, the Bardenas Reales is a natural park of semidesert landscapes, with an extension of 42,000 hectares. These rocky formations are the result of several natural phenomena: the contrast of temperatures throughout the year and the erosion of the strong wind that blows in the area.

The Bardenas Blancas receive their name because of the whitish color of its surface, that being a direct result of the accumulation of salt that took place a few centuries ago in that area there was an inland sea.

These curious rocky formations are formed by clays and sands. In fact, you will be able to appreciate in them the different colors because of the minerals that form their strata.

Its name, Bardenas Reales, is due to the fact that in the Middle Ages they were the property of the Kings of Navarre. Today, they are a Natural Park and Biosphere Reserve, which is why we must remark the fact that you will have to be as respectful as possible.

The Cathedral of Tudela

Next to the Palacio Decanal, in the Plaza Vieja, you will find one of the most important places to see in the capital of Navarre: the Cathedral of Tudela.

This place was initially the Great Mosque, built in the ninth century, then became the primitive Collegiate Church of Santa Maria la Blanca and later, in 1783, became the Cathedral you will see today.

The main entrance to the Cathedral is called the “Portal del Juicio” and inside you can visit the choir, the tomb of Chancellor Villaespesa, the chapel of San Pedro and the altarpiece of San Martín. You can also see architectures of the XVII century like the Sacristy and the Chapter House and the chapels built in the XVIII century.