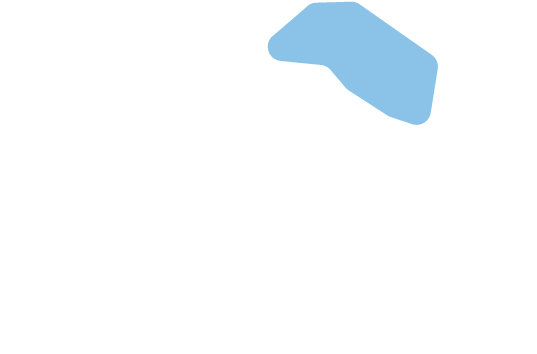 The French Basque Country stretches from the Atlantic Ocean to the Pyrenees. Although it is not a large area, it does offer visitors a whole range of experiences, all different and original. Each area, city, town or village has its own special features.

It’s up to you to discover them!

What to see in the Basque Country

Three charming capitals, beautiful natural spaces, picturesque coastal (and mountain) villages, imposing castles and many other magical corners are on the list of must-sees in the Basque Country.

The three provinces of Euskadi – Alava, Guipuzcoa and Vizcaya – offer an endless number of authentic plans for all tastes and a trip through this area of northern Spain is a very varied experience.

Bilbao and San Sebastián are two emblematic cities of Spain, but you will also find here unique monuments, numerous natural parks, endless beaches with waves for surfers of all levels, remote caves and many other treasures hardly known among travelers.

Euskadi is also a fantastic gastronomic and enological destination, just think of the Basque pintxos or the vineyards of the Rioja Alavesa.

Vitoria is one of those inland cities that sometimes goes more unnoticed than it should.

Its strong point is a medieval old town full of attractions such as the Cathedral of Santa Maria, the beautiful Plaza de la Virgen Blanca, the Plaza del Machete, the Palace of Escoriaza Esquivel, the Church of San Pedro, the Casa del Cordón or the medieval wall, among others.

If you like street art, it is also highly recommended to enjoy a route of murals through the streets of the historic center. And this is just to make a summary.

But beyond monuments, did you know that Vitoria can boast of being one of the greenest cities in Europe?

A set of areas of high ecological value that practically circumvents the entire city. Impossible to see it all, so one of the most recommended visits is to the Salburua Wetlands and Armentia Park and its gall oak forest.

San Sebastián (Donosti in Basque), situated in a privileged location on the Bay of Biscay, is one of the most beautiful cities in Spain and a must-see in the Basque Country.

You can start to know this city walking along the promenade of La Concha, the most beautiful urban beach in Europe and surrounded by stately buildings, to the end of Ondarreta Beach, where the Peine del Viento, a curious sculpture by Eduardo Chillida, is located.

The narrow streets of the historic center, which hide taverns with bars full of delicious pintxos, old churches and squares full of atmosphere, are also a must, as well as the breathtaking views from the top of Mount Igueldo.

We recommend investing a minimum of two days to complete this list of places to see in San Sebastián and spend the night in some accommodation in the old part of the city, such as the Pensión Régil, which is excellent value for money.

It is the pretty girl of Euskadi and, without any doubt, one of the most spectacular cities in Spain.

A coastal town that exudes elegance, natural beauty, heritage in abundance and viewpoints from another planet. The great symbol of this city is the kilometer-long Playa de la Concha, a stretch of sand more than a kilometer long marked by beautiful palaces and a beautiful white railing, in the purest Cantabrian style.

Donosti would not be understood without long walks along this beach.

Also, you cannot pass the beach of Ondarreta without observing the strength of the sea in the Peine del Viento, nor without the beauty of the City Hall, without walking through each of the pedestrian streets of the old town and end up crossing the Urumea River to discover the fantastic building of the Kursaal and Zurriola Beach.

In short, there are so many incredible and must-see places in this city. But, from my point of view, the best of San Sebastián is to be found in the heights of its viewpoints. The views from Monte Igueldo are the most famous, but those from Monte Urgull are also wonderful and on clear days will leave you with your mouth open.

Bilbao has gone from being an industrial city without much to offer, to become a first class tourist destination. A facelift perfectly visible in every corner of the city center and, above all, along the banks of the Nervión River.

Among the must-see places are the Guggenheim Museum, the Bilbao City Hall, the Arriaga Theater, the Church of San Antón and the so-called Siete Calles or Zazpi Kaleak in the pedestrianized old town.

A little further away from the historic center but with stunning views of the entire city, it is worth going to the Mirador de Artxanda. And of course, you can not leave Bilbao without a good gastronomic tribute based on pintxos in the bars of the old town. This would be a good summary, but Bilbao is a great city that offers much more to tourists.

Bilbao has managed to leave behind its industrial and gray past, to become one of the favorite destinations for travelers traveling through northern Spain and one of the most essential cities to visit in the Basque Country.

In addition to entering its emblematic Guggenheim Museum, you cannot miss a stroll through the narrow streets of its old part known as the Seven Streets, where several of its tourist attractions are concentrated, until you reach the Plaza Nueva, full of pintxo bars as recommended: Café Bar Bilbao, Charly, Sorginzulo and Gure Toki.

To complete a visit to this cosmopolitan city, full of character, we recommend you to go up to the Artxanda viewpoint and take a walk at sunset along the banks of the estuary crossing one of its 10 bridges.