What to see and do in San Sebastian and Donosti. Skip to main content
Close Search
Favorite

One of the most romantic cities in the world, famed for its beauty and cuisine.

As soon as you get to San Sebastian the Playa de La Concha beach lies ahead, inviting you to take a dip in the sea or a nice stroll along the shoreline, even in winter. The elegance of its bay, framed by the Monte Igueldo hill and the island of Santa Clara, is world-renowned. The city has another two beautiful urban beaches: If you enjoy a walk, then you could start out at the Playa de la Zurriola beach, frequented by surfing enthusiasts, then skirt the Monte Urgull hill along the Paseo Nuevo parade and cross the whole bay to end at the Playa de Ondarreta beach. There stands the Peine del Viento (comb of the wind), an impressive set of three sculptures by Eduardo Chillida and Peña Gantxegi, which speak of the roughness of the Cantabrian sea.

If the natural landscapes of San Sebastián are stunning in themselves, then the good taste of the city’s inhabitants have made sure that its bridges, squares and buildings serve to highlight these landscapes even more. Immerse yourself in the Belle Epoque, by passing alongside the Victoria Eugenia Theatre, the Maria Cristina Hotel and the La Perla Spa.


San Sebastián is one of the culinary capitals of the world par excellence. Any restaurant specialising in Basque cuisine is sure to delight the palettes of even the most discerning foodies. All the same, if you’re passionate about haute cuisine, then treat yourself to an evening meal at one of the many award-winning Michelin star restaurants.

The city is also the world capital of the “Pintxo” (tapa). In what is known as the “Parte Vieja” or old part of the city, you’ll that each bar counter holds a real treasure. 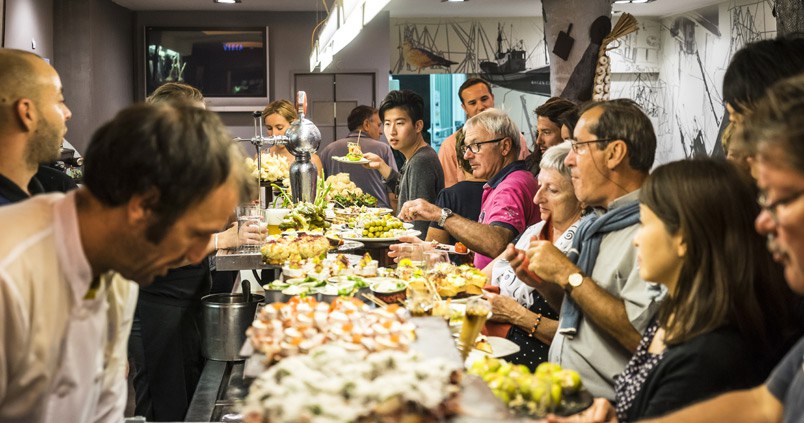 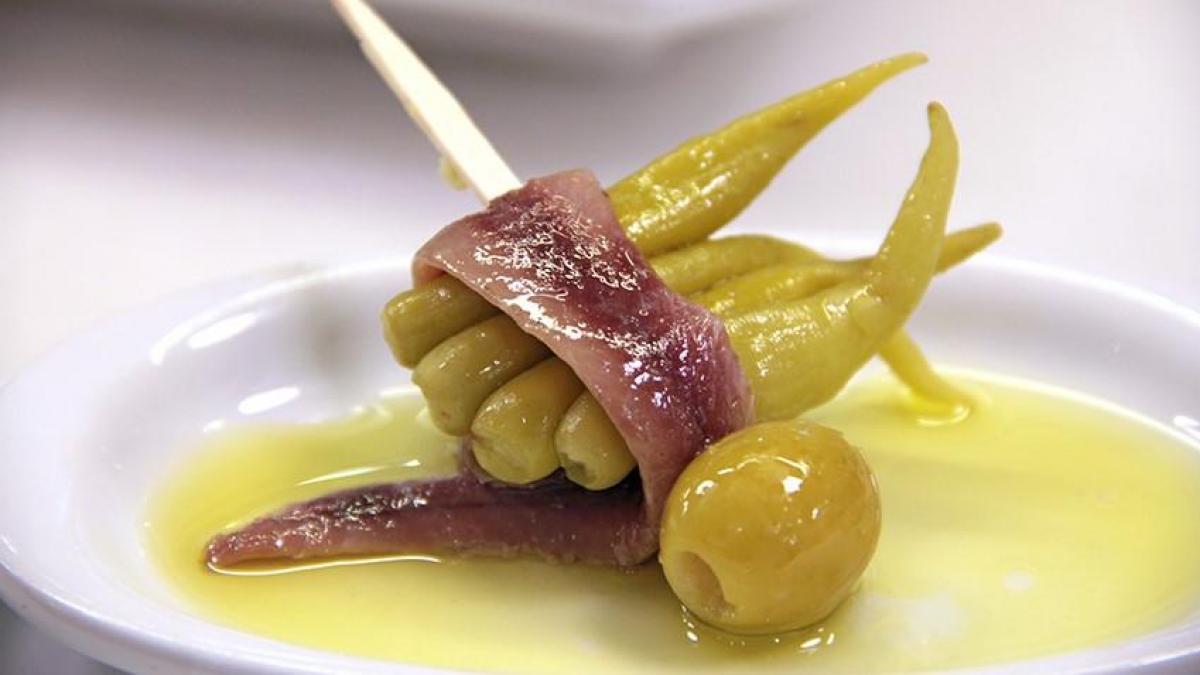 A cocktail stick, a salted anchovy, an olive and a chili pepper, that’s all you need!

Donosti is, beyond doubt, the capital of Pintxos and the Gilda is the name of one of the most famous bites that you can taste in this city.

This pintxo was invented in the bar Casa Vallés in 1946, at the time of the International Film Festival of San Sebastian which was held in the city just when the film Gilda, starring Rita Hayworth, was a box office success. 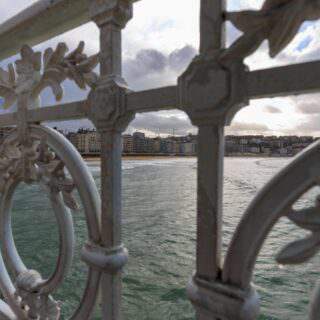 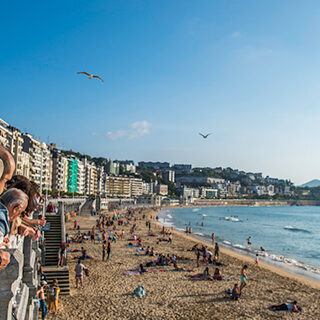 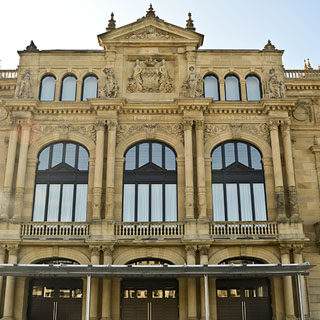 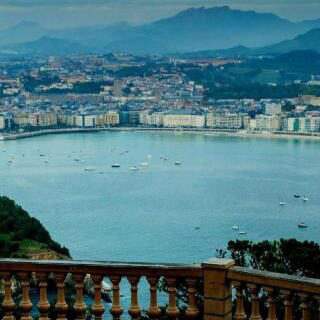 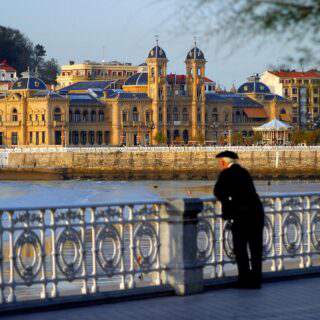 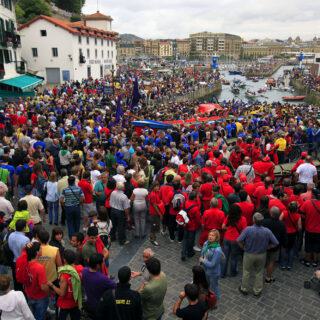 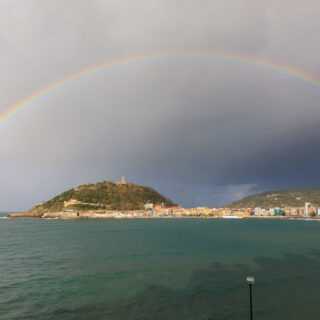 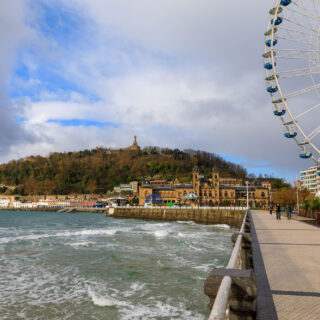 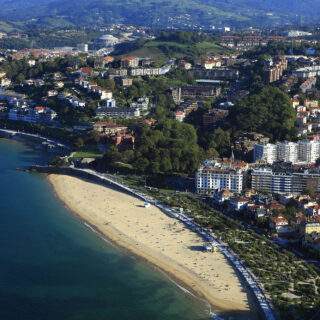 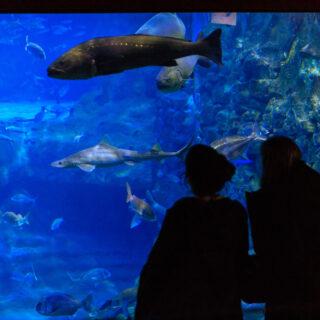 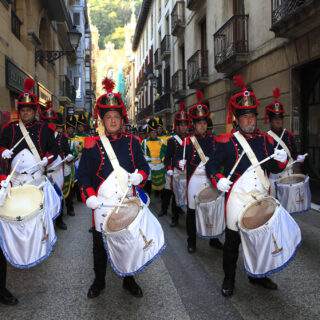 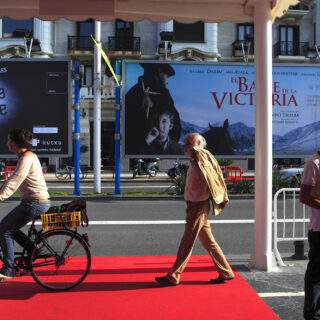 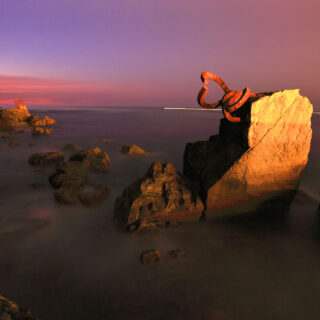 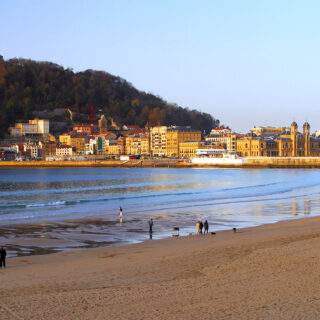 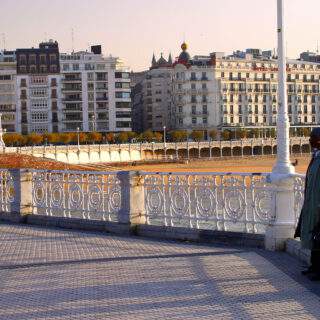 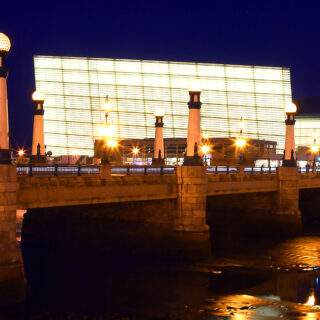 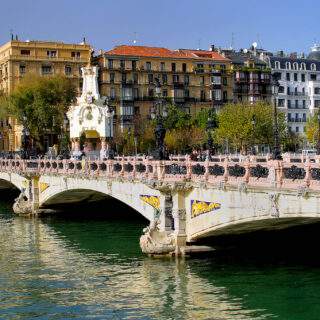 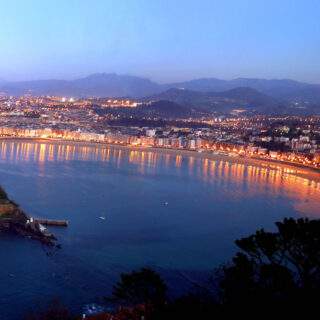 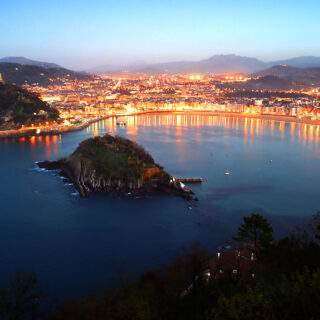 What to see in San Sebastián

Whether you call it San Sebastián, Donosti or Donostia, it doesn’t matter: the capital of Guipuzcoa is one of the essential places to see on any trip to Euskadi. And not only for its famous pintxos, but because the city is truly a real gem, offering quite a few attractions and being a cultural capital known around the world.

Liberators have passed through San Sebastián, destroying anything of value; queens seeking the health of their waters; nobles, and spies enjoying the Belle Époque or directors and actors stepping on the red carpet.

You have to go to San Sebastián at least once in your life, if not, you will repent for the end of your days. You will realize, reading this beautiful post, how many things are to see in Donosti. Also, you will understand that you will need to come back. Don’t worry, it happens to all of us who, even if you didn’t want to go in the first place.

If you are looking for what to see in San Sebastián, today we are going to give you some of the most visited places in Donosti VERY and other information that, for sure, will be of interest to you.

San Sebastián and the Belle Époque

San Sebastián is not only the pride of Euskadi, but one of the most important cultural cities in existence. It is not rare to hear that it is probably the most beautiful city in the country. This sanctuary, for a lot of people, found its heyday in the nineteenth century when it became a place of bathing and good life for monarchs and aristocrats.

The Queen Regent of Spain, Maria Cristina, widow of Alfonso XII, spent three decades in San Sebastián, staying at the beautiful Miramar Palace in front of the Concha beach, which became the hallmark of a fashion that can be felt nowadays still.

In those days, Donosti was covered with beautiful palaces, nineteenth-century ornaments and opened to the luxuries of the time but without losing the kind and gentle character of a citizenry that saw how their city was getting bigger.

Today, San Sebastián is not satisfied with having a lovely urban fabric, also because it does not take away the view of the sea and the ability to gaze to the north part of the world.

In its own right, Donosti is an innovative, avant-garde city, with the highest number of Michelin Stars per square meter and a series of monuments that can be enjoyed with or without a group of friends. You can also live a number of magnificent experiences that will turn your love for this city to new heights.

Even back in the day, the number of travelers and the citizens themselves, provoked all the essentials in a decor, making it a custom that the curtains are never removed or change in a way that destroys that legacy.

This is, without a doubt, the most beautiful urban beach in Spain, and the most iconic place in San Sebastián. Because of that, Donosti has always welcomed all the tourist in Europe, and the rest of the planet, to come and enjoy it at any time of the year.

That being said, if you go in summer, get ready to take a cool dip in the Bay of Biscay, because, even in August, the temperature in its waters doesn’t increase that much.

Another cool plan is to take a boat to Santa Clara Island, the island just in front of the Bay of La Concha, where you can find more intimacy and a greater contact with nature, one that will ask you to not disturb it in any way.

La Concha has earned its place as an icon and a cultural emblem thanks to its purest and most emblematic maritime soul of Donostia. It has 1300 meters of virgin sand with the Miramar Palace and Ondarreta Beach on the horizon.

Also, it’s surrounded by the promenade, the municipal consistory or the port itself. All of this is characterized by its elegance, measured in the whites of the railing designed by Juan Rafael Alday and more than 100 lampposts that will mark your way.

All of this symbology are exponents of modernism and beauty that in the early twentieth century began to draw a city whose fame already crossed Spanish borders.

The walk that you can do there, either on the stone floor or on the sand of the beach, is absolutely fabulous, allowing you to discover the shapes and forms of a city that looks every day in the mirror that is the Cantabrian Sea.

Before we get carried away by the old city that is San Sebastián, the taverns, the good cuisine and the irreplaceable pintxos, we have to talk about the old soul that lives between those unique streets.

Donosti knows how special it’s the historical core that blesses the city with a lot of memories and other forms of art and culture. This being the most typical neighborhood of the city, the old part has a lot to offer.

For example, a square like the Constitution with numbered balconies that will remind you of the times in which it was used as a bullring. Every year one can hear the mythical tamborrada of its festivals.

This is, indeed, one of the favorite meeting points of the Donostiarras before leaving in gang for good wine and the joy of making their own the pintxos of the Street of August 31.

For art lovers, there are two essential religious sites that will permit you to understand San Sebastián a little more. At one end, the Cathedral of the Good Shepherd, neo-Gothic style and whose towers can be seen from anywhere in the city.

At the other, in the heart of the old city, the Basilica of Santa Maria del Coro, with an extraordinary baroque facade that illuminates the Calle Mayor since the eighteenth century, although it is part of an earlier medieval temple that was remodeled.

Do not waste more time and go to San Sebastián to see everything that you have read here.