What to see and do in Pamplona. Pamplona tourist guide Skip to main content
Close Search
Favorite

The capital of the Kingdom. A walled city, green, gourmet and Jacobean.

has more than 300 hectares of green areas, which represent 15% of its extension, spread over parks such as the Taconera park around the old moats of the city, the Japanese Yamaguchi park, the Media Luna park from where the Casco Viejo or Vuelta del Castillo can be seen with the Citadel as a reference. It is a city that invites you to stroll along the walls or along the walk along the banks of the Arga River.

The Camino de Santiago crosses many of these parks but also the medieval layout of the old town of Pamplona, which was made up of three boroughs: La Navarrería, San Cernin and La Población de San Nicolás. The Baroque-style Pamplona Town Hall is practically in the center and was the link between these neighbourhoods.

The town hall is possibly the most recognized civil building as it is the launching site for the Chupinazo, which marks the start of the Sanfermines every year. Possibly one of the best known festivals in the world because Pamplona in Sanfermines always has something special to discover. scene of the “Chupinazo” that begins the San Fermín festivities. 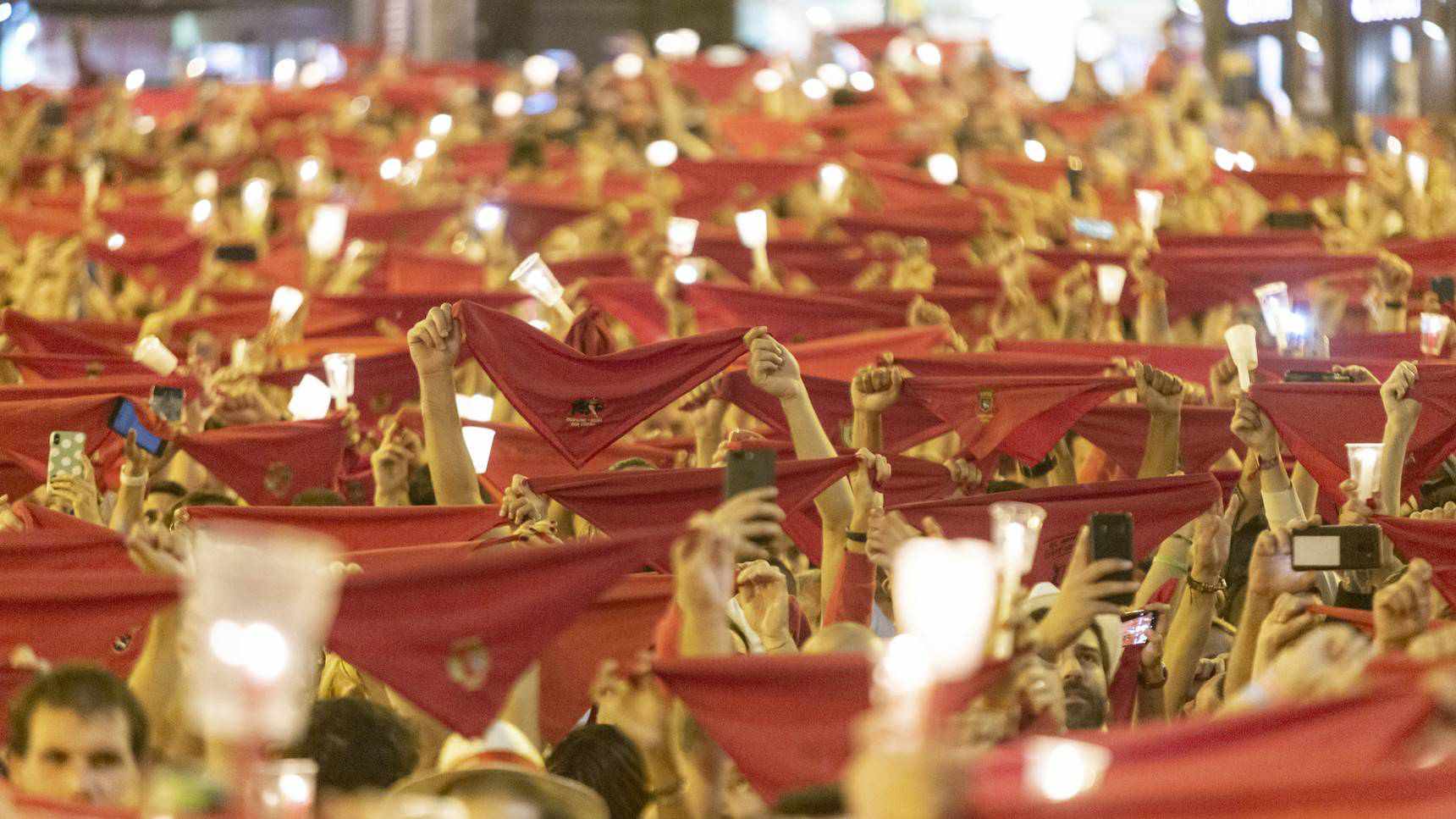 
Pamplona’s pantry is wonderful because all the excellent vegetables from Ribera arrive in the capital, such as cardoons, artichokes, asparagus or Piquillo peppers; the foies, mushrooms and meats from the North that have an unbeatable complement, the red, rosé and white wines with DO Navarra and Rioja from the Middle Zone. And of course, the desserts, because cheese, curd, eclairs and fried milk are still waiting for you, which you can top off with the typical and digestive pacharán liqueur.

And to taste this pantry, nothing better than going for pinchos. In Pamplona it is sacred and is practiced at any time. It is the fusion of tradition and modernity just like the city itself. Without formalities and without making the stops too long, the good thing is to look for a new bite at the next place. Do you dare to try it? 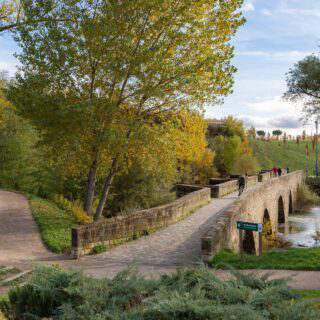 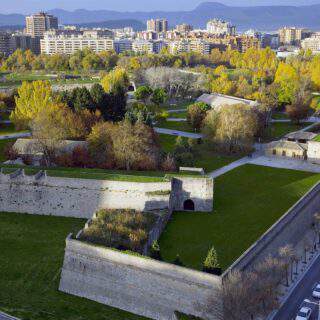 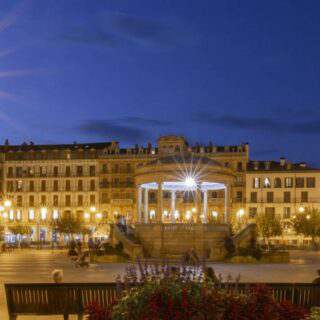 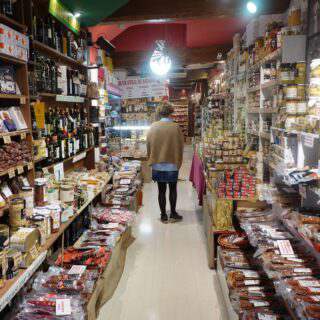 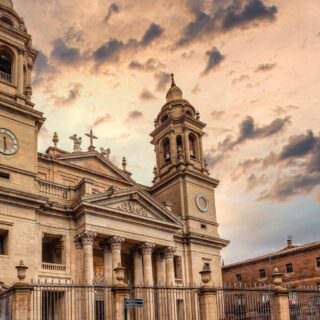 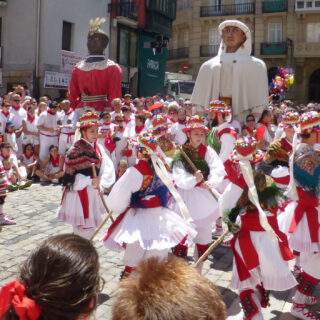 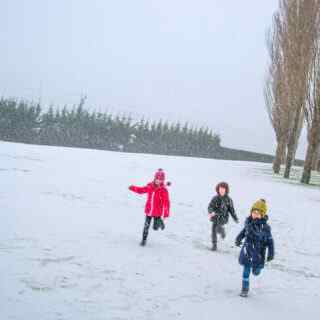 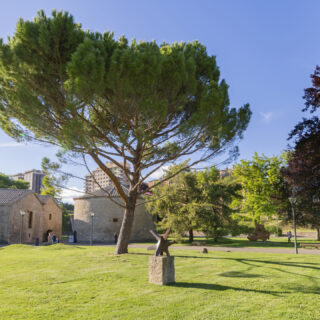 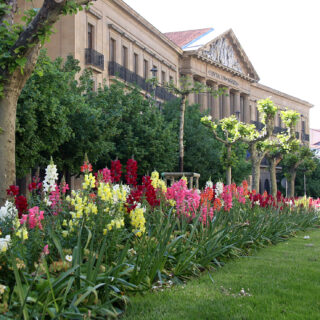 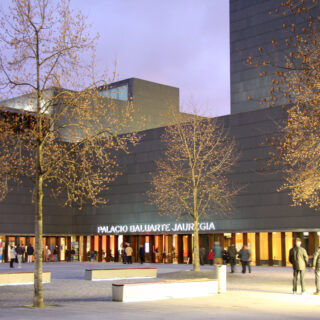 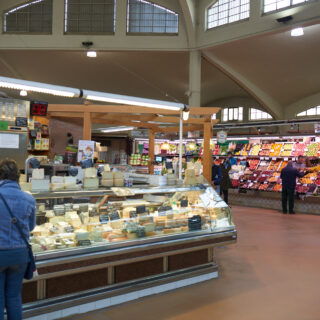 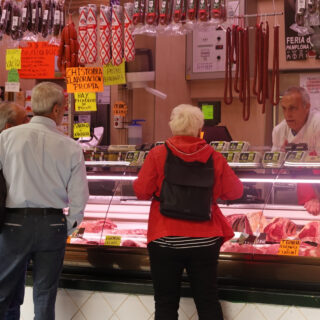 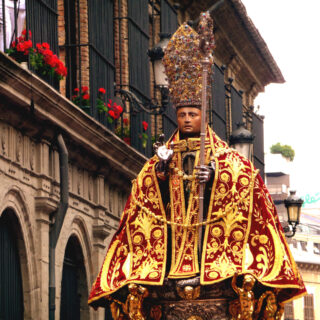 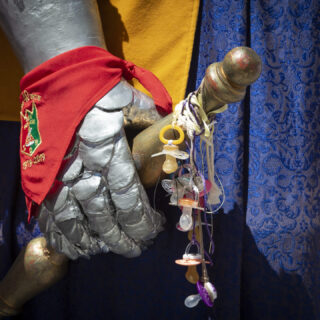 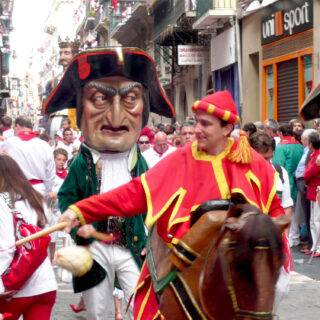 33 destinations!
with own name

What to see in Pamplona

Pamplona is the capital of Navarre and one of the most important tourist destinations in Spain, north or south.

Among the essential places to see in Pamplona are the cathedral of Santa Maria, the church of San Saturnino, the church of San Nicolas, the Citadel or the Chamber of Comptos. All of these spectacular monuments have been declared, obviously, of Cultural Interest, making them a must-see when you visit this old city.

The first thing that comes to mind when you hear of Pamplona is the famous festival of the Sanfermines starting with the chupinazo from the balcony of the town hall every July 6. And that is the event that has make this city so famous.

But, bullfighting aside, there are many things to see and do in Pamplona that are much more interesting than watching animals being mistreated. That is why we decided to include this city in our route through northern Spain. The city is also known for being one of the main stops on the Camino de Santiago.

If Hemingway, who had traveled much of the world, chose Pamplona to enjoy a good coffee, sure it is for some good reason…

In Pamplona your best option will be to stroll aimlessly, getting lost among narrow streets, squares, churches, and palaces.

Whether Baroque, Renaissance or Modernist, you can travel across so many cultural ages that it will stun you.

To this leisurely pace, because of the beauty of an old town with a medieval layout, you must comply with the sacred tradition of wine and pintxos that is established in northern Spain, and of course, in Pamplona.

When someone travels to New York for the first time, they have the strange sensation of having been to certain places before, or of having experienced different situations.

You will find that something similar happens in Pamplona, although on a smaller scale. Because even if you are not in favor of animal suffering, as is our case, we have all gotten up early at some point to watch the running of the bulls of San Fermin on television.

It’s also recommended that you prowl around the Plaza del Castillo, as well as the well-known Plaza Consistorial and its adjoining streets; the mythical Estafeta street, Paseo Sarasate and its important monument to the fueros.

You must also visit the cathedral of Santa María la Real and the surrounding area, with its coquettish Redín street that leads to the viewpoint of the Caballo Blanco, where you will discover the wall and the Citadel.

The Walls of Pamplona

It is impossible for us to not talk about this architectural marvel. And we are talking about bastioned walls with a total length of 5 kilometers. These impenetrable walls have grown and evolved over the centuries at the same pace as the city.

So today we can enjoy a pleasant walk between bastions and forts with privileged views over the city, finishing the route in the impressive Citadel. The set is imposing, so we recommend you take your visit calmly.

The corners of the walls that are most visited are those near the Plaza de la Virgen de la O for the views and the Taconera Park, where gardens and walls are combined to perfection.

You also have the Paseo del Redin, having the best viewpoints and, of course, the Citadel and its perfect pentagonal shape. Also, it’s highly recommended to take a walk along the banks of the Arga River. It will give you another perspective of the wall, along with corners as beautiful as the Magdalena Bridge.

But before all this, we advise you to visit the Interpretation Center of the Fortifications of Pamplona. Here you will understand the history and evolution of defensive constructions that have always characterized the city.

It is completely free and, in my opinion, it is worth it.

Nowadays, the walls have become the perfect setting for a lot of leisure activities. These live their peak during the month of August thanks to the Festival of the Walls, which I will tell you more about later.

Churches and the Cathedral of Pamplona

Each of the districts where the city of Pamplona was divided had its own church, which served as a defensive fortification against the conflicts that were fought between neighbors of the different medieval cities.

This is the case of the churches of San Saturnino (or San Cernin) and San Nicolás, fortified with high stone towers and powerful walls.

In the church of San Santurnino – patron of Pamplona, although a lot of people would have mistakenly bet that it was San Fermín – the Clock Tower stands out, with ”the cockerel of San Cernin” crowning it as an emblem of Pamplona. This clock is in charge of announcing the start of the running of the bulls every morning during the Sanfermines.

Another of the medieval churches to see in Pamplona is the church of San Lorenzo, with the image of San Fermín, a man who was the first bishop of Pamplona. The church also houses the chapel of San Fermín.

But Pamplona also has a unique cathedral, the Cathedral of Santa Maria, right on the same place where the Roman city of Pompaelo was settled.

And, if you want to boast among your friends, you have to know that this is the first Spanish cathedral on the Camino de Santiago.

In its interior is the tomb of the most important king of Navarre, Carlos III the Noble, the man that made Pamplona what it is today. Pay special attention to the symmetrical rococo sacristy, as well as the true jewel of the cathedral, the Gothic cloister.