One of the most romantic cities in the world, famed for its beauty and cuisine.

Logroño, whose growth and development are influenced by its proximity to the river Ebro, is the capital city of the Autonomous Community of La Rioja.

Thanks to its size, it can easily be explored on foot, to visit its most important sights. The Paseo de El Espolón parade, the co-cathedral of Santa María de La Redonda, the convent of La Merced (the seat of the regional parliament), the iconic Calle Portales street, the church of Santiago El Real, and the church of Santa María de Palacio, are just a few of the places of interest that absolutely must be visited. 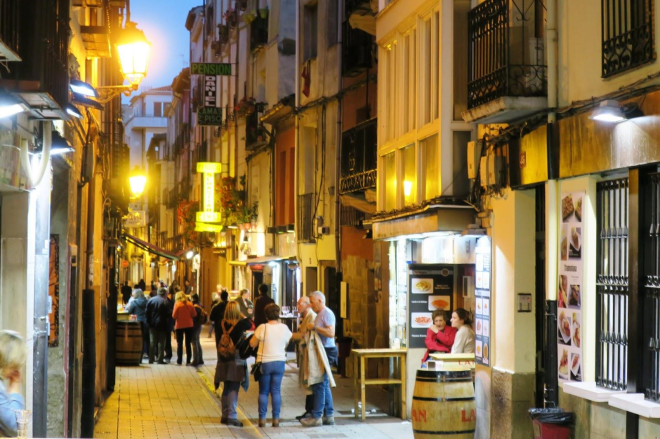 
Among its most well-known virtues, particular mention should be made of its wine culture and gastronomy. Logroño is internationally recognised for having some of the most incredible streets in Spain for tapas, namely the Calle Laurel and the Calle San Juan.

These two streets and those in their immediate vicinity, have the greatest concentration of bars in all of Logroño, each offering its own special tapa. And of course, they should be accompanied by a good Rioja wine. 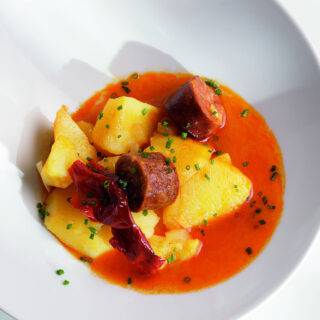 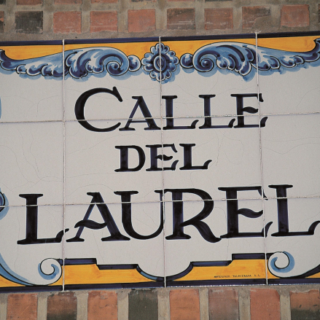 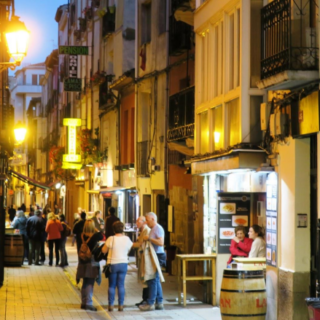 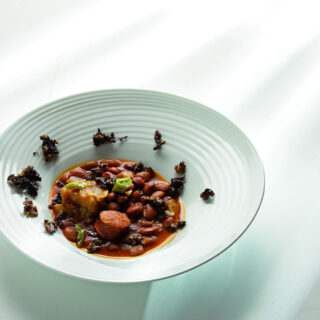 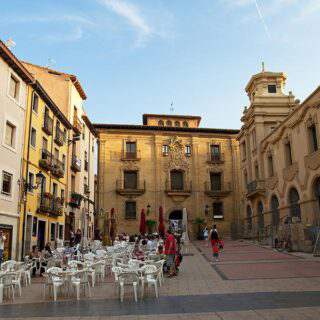 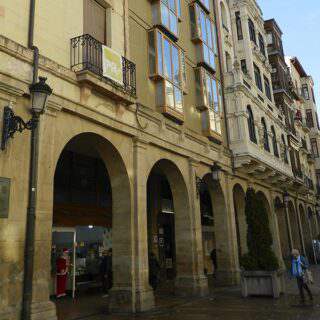 What to see in Logroño

Always in the background compared to the most popular destinations in northern Spain and the wineries of the Rioja countryside, the truth is that Logroño offers an interesting and well-preserved architectural ensemble, a very appetizing gastronomic offer and a lot of increedible vistas that will delight every tourist who visits it.

Logroño is a Spanish city where they know how to enjoy life. The capital of La Rioja has many must-see places and, making it, like Boromir would say: where life is good. In it, both its inhabitants and its visitors are fascinated by each of its parks, its historic center and its pedestrian streets.

Moreover, if there is a city that can be discovered through wine and gastronomy, this is it. In northern Spain, it is one of the most attractive places, so we want to show you a list of what to see in Logroño and why.

In the same area, you can also find other fascinating destinations such as Pamplona, Zaragoza, San Sebastián or, a little further away, Tarragona.

Logroño, the capital of La Rioja

Start with the Paseo del Espolón, the nerve center of the capital of La Rioja, to discover in depth the historic center of the city, which includes the remains of a medieval wall, a beautiful cathedral and the Romanesque church of San Bartolomé.

For a drink, nothing like reaching the iconic Laurel Street, full of bars where you can taste its delicious pintxos and taste the best red wine in the country. For the rest of the day, crossing the Stone Bridge, symbol of the city, you can reach the Bodegas Franco Españolas and the House of Sciences.

The Paseo del Espolón is another of the most characteristic visits of Logroño. It belongs to the early nineteenth century. At that time, it constituted the entire public square outside the city walls. The reasons for its importance are varied.

To begin with, you can find while walking through the paseo a place as La Concha del Espolón. It is a very symbolic place in Logroño, mainly thanks to the festivities of San Mateo, between other celebrations.

During the month of September (usually the week of the 21st), during the festivities of San Mateo, it is at this point where the first offering to the Virgin, patron of Logroño, takes place with the first grape juice.

Likewise, you do not have to wait until September to give importance to this place. If you do not know what to do in Logroño, probably, whatever time of the year you go, you will find a concert, as it is the most common area for them and there is a wonderful atmosphere.

The Paseo del Espolón is also one of the greenest areas of the capital of La Rioja, since here you will also find the park that bears its name. Like the whole promenade, it has a fantastic atmosphere, especially on days when the sun is shining and groups of friends, couples, or families gather here.

The Portales Street of Logroño

Portales Street has the most important buildings to see in Logroño. All of them are characterized by their arcades, which mostly belong to the last years of the nineteenth century.

Some of these buildings also belong to the 18th century or even earlier. All of them, however, have rectangular or cylindrical pillars and follow a very irregular line. It is difficult to observe a specific pattern in them.

The City Hall was the institution that commissioned the plans for their alignment. This took place between 1875 and 1880 and was a work commissioned to the architect Francisco de Luis y Tomás.

The differences that used to exist in the separations of the buildings of the Portales Street, at that time “Calle del Mercado”, were very deep and the aim of the work was to regulate them. There are few of the old pillars that are still preserved. However, some can be found at the beginning of Travesía de San Juan street.

This street has had many names for the logroñeses, such as “de la Constitución”, “del Mercado”, “del General Mola”, “de la República”, “de la Herventia” or “de las Tiendas”.

In the end, its current name was selected after an agreement of the City Council in 1979. Portales Street has witnessed numerous celebrations, such as the San Bernabé festivities or the well-known produce and livestock fairs. Today, it is also home to many of the capital’s best restaurants.

The street has housed important institutions such as the Casa-Ayuntamiento, as well as the main headquarters of many of them. Later, it became the central axis of the industrial, social and commercial life of Logroño.

It is also a typical area to stroll around. It is also popularly known as the greenhouse, because many people walk through its arcades in winter to take refuge from the bitter cold. The name comes from the contrast of the name of the famous promenade in El Espolón, the “Paseo de Verano”.

The fame of Portales Street is due to many reasons. In addition to its history, which we have just told you, some of the most significant establishments in Logroño have been located here. A clear example of this is the “Café de los Leones”.

Also, the street has been the place where all kinds of demonstrations have taken place: labor, social, political, religious, etc.

Likewise, important directors such as Juan Antonio Bardem have filmed some scenes of their movies there. At the same time, it can boast of having been the protagonist of photographic reports. This place simply defines the city and tells you all about its trajectory, focused on different areas.