What to see and do in La Rioja. Tourism and gastronomy Skip to main content
Close Search 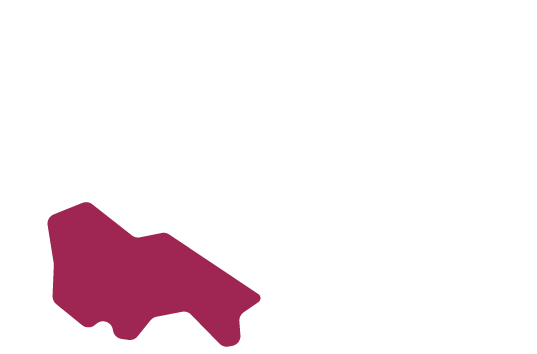 La Rioja is the ideal region for lovers of cuisine, good wine and culture. A visit to La Rioja is a true luxury for the senses.

Crossed by the river Ebro and bordered by two sierras, it is a land rich in culinary tradition and cultures. Traditional Riojan cuisine is essentially based on produce that is locally grown, sourced from a land nurtured by its people, offering a large variety of fine quality food.

What to see in La Rioja

It is time to pay tribute to this small Spanish community that has given me so much. Uniprovincial and of reduced extension but with a multitude of amazing corners.

La Rioja is famous for their wines, yes, but there is more to it.

But this land, capable of producing one of the most prestigious gastronomy in Spain, also offers an amalgam of landscapes and an unimaginable concentration of cultural heritage. Land of dinosaurs, majestic mountains, waterfalls and countless charming villages.

Of course, this list lacks a multitude of places that also deserve a little space in this compilation. It is impossible to include everything. The best places to see in La Rioja will help you prepare a trip to this incredible region, famous for its wines and fairy tale landscapes, making the most of your time.

Divided by seven rivers that descend from the mountains to the mighty Ebro, forming seven beautiful valleys, this small autonomous community is enchanting for its stone villages frozen in time, extensive vineyards, ancient monasteries, ancient cities and endless natural wonders.

Each of and every one of these places are absolutley beautiful, besides having an important culture of tapas and delicious traditional dishes such as potatoes, eggs and cod Rioja style, always accompanied by a good Rioja wine.

Although there are other options, the best way to visit all its tourist attractions is by car, either on a circular route of about 5 days or making day trips from Logroño.

In addition, the best time to travel to La Rioja is between April and October, when the weather is more pleasant and there is less chance of rain, although if you want to make the most of its landscapes we recommend making this trip in autumn when the forests are dyed in a thousand colors.

The Bodegas of La Rioja

Thanks to its geographical location, climate and soil, the Eastern Rioja is a privileged area to discover first-hand the process of making Rioja wines. Here you will find the best wineries in La Rioja.

We highlight Bodegas Faustino Rivero Ulecia, with more than a century of history in La Rioja.

Originally from the Marqués del Atrio Group, one of the main producers of wine of La Rioja, they have been a reference since 1899 in the town of Arnedo. On their website you can find several wine tourism experiences: guided tours, tastings, tasting courses or paired tastings, among other highly recommended activities.

A perfect place for these summer and autumn months when you can taste the best wines and typical products of the area in their cellar and terrace. They also have their own store and even a select club for wine lovers.

For those who wish to delve into the Rioja wine culture, the Eastern Rioja Wine Route is a must-see in La Rioja.

An enotourism route through the best wineries to see in La Rioja is a must for you.

Learning the whole process of winemaking, from the planting of vineyards to the distribution of bottles around the world, is another of the best experiences offered by this region.

One of the most emblematic and important places to immerse yourself in the culture of Rioja wine is the Vivanco Museum, where in addition to learning about the history you can visit an impressive winery and do several tastings.

In addition to visiting the wineries, it is worth also visiting the large extensions of perfectly aligned vineyards of the Rioja Alta, which in autumn offer a fantastic landscape of ochre and reddish colors, such as those located around Haro and Briones, two beautiful towns that are also worth a visit.

It should be noted that much of the value of this unique wine in the world comes from the diversity of clay soils and an incredible microclimate.

Going to the south of the community, without leaving the mountainous terrain, you have to visit what is said to be one of the most beautiful villages of La Rioja.

The level of charming villages in La Rioja is sky-high, but Ezcaray could well top any self-respecting list. This is the most emblematic town in La Rioja’s Sierra de la Demanda mountain range.

The attractions of this town and its surroundings are well known in any season of the year. During the winter for the ski slopes of Valdezcaray and its great snowy peaks, and the rest of the year for a fascinating historical site and an overflowing nature that invites you to walk and let yourselves be carried away by its trails.

Ezcaray is located at the foot of the highest mountain in La Rioja, the San Lorenzo peak. A giant of 2,271 meters high that dominates not only La Rioja but the entire Sierra de la Demanda.

Also, the banks of the river Oja can be found there, to be precise at the foot of the imposing mountains of the Sierra de la Demanda, which is why Ezcaray is one of the most beautiful villages in Spain and another of the must-see places in La Rioja.

In addition to its fantastic natural environment, this small town named “First tourist town of La Rioja” falls in love with its traditional architecture in which the stone houses with coats of arms and the houses with wooden latticework, all of them full of flowers on their balconies, are predominant.

Among its most charming places are the Real Fábrica de Tejidos de Paños de Santa Bárbara, the Plaza del Quiosco and the spectacular viewpoint of the Picota de San Torcuato.

Remember that if you have time you can do some hiking around the village as the Camino de la Herradura or climb to the peak of San Lorenzo, the highest of the Sierra de la Demanda and where the ski resort of Valdezcaray is located.