The mixture of culture, landscape and gastronomy makes a visit to this city an unforgettable experience.

Internationally known for its wines, the city of Haro has many tourist and cultural attractions that make it one of the favorite destinations for many during their vacation periods.

It also has an important architectural and urban heritage that is worth knowing. Much of it can be discovered simply by walking around the city and discovering our “Herradura”, the old town declared an Asset of Cultural Interest in 1975 , the different palaces scattered around the city as well as its churches. 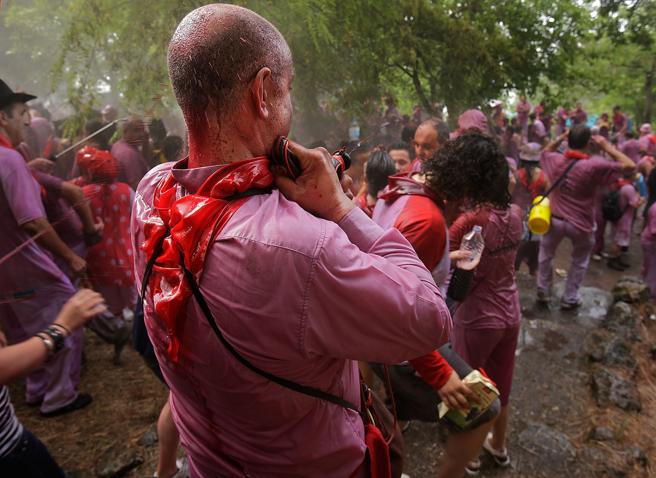 
If you are a gastronomy lover you have to visit Haro. A destination where typical jarrero dishes delight the palates of those who visit us. From terraces for breakfast, to restaurants and bars that make eating a pleasure. Touring the Herradura, the heart of Haro , as well as the surrounding streets and trying the gastronomic proposals offered by the bars in this area, is a perfect way to discover the flavors of the capital of Rioja.

In Haro, on Saint Peter’s Day, the date on which the famous Battle of Wine is celebrated. 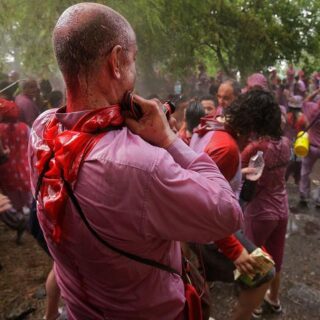 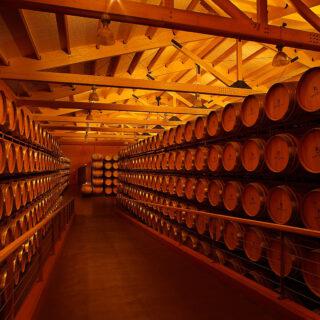 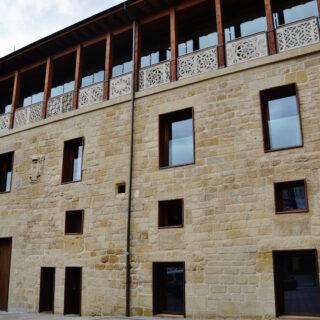 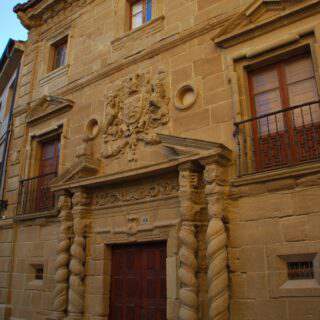 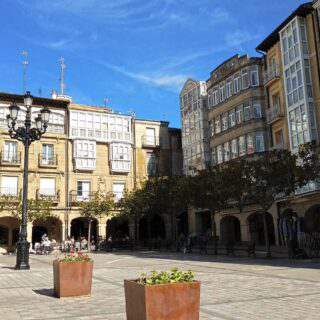 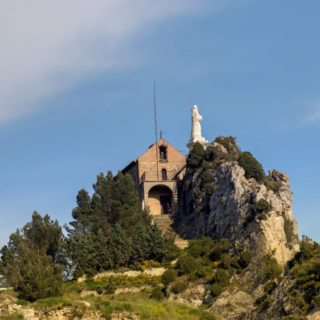 What to see in Haro

Haro is the wine capital of Rioja. This title is not a mere whim, but is based on the amount of square meters of wineries that populate the town.

The city is a must for wine lovers. Its Barrio de la Estación is not only part of the history of Rioja and Spanish wine, but also a meeting place for prestigious wine brands.

There are more wineries in Haro than the ones in “La Estación” and there are also very good restaurants, interesting churches, a beautiful square and even an open-air sculpture museum.

Its main tourist attractions are its fascinating architectural heritage, together with its wine heritage, and its festivals related to wine. All together, all of this makes Haro a perfect destination to enjoy a getaway and as a center to visit the beautiful villages of La Rioja that are around it, which we will tell you about later.

So, what to see in Haro?

It could not start any other way. Nowadays, tourism in the city of Haro cannot be understood without an in-depth visit to the Barrio de la Estación or, in other words, the Barrio de las Bodegas, also known as the golden mile of Rioja wine.

Wineries with tradition, with many years of success behind them and emblematic names. This is the place with the highest concentration of century-old wineries in La Rioja, in Spain, and probably in the whole world. And that is not an exaggeration.

The location of this district, hugging the railroad station, is no coincidence. First it was used as a response to the need to buy wines by the French winemakers and then, at the end of the 19th century, forming the beginnings of the winemaking district that we can see today.

To those important pioneering names such as López de Heredia, Gómez Cruzado, Bodegas Bilbaínas or Bodegas La Rioja Alta, were added in later decades, making a name for themselves after years of struggle to be the best ones.

What is the best way to get to know the Barrio de la estación of Haro?

This is up to you.

You can choose one of the bodegas and ask for a guided tour of their facilities with tasting included. You can also take a walk around the area and take advantage of the opportunity to taste wines in the habilitated spaces provided by each winery.

Furthermore, you can even attend parties as cool as La Cata del Barrio de la Estación to get to know them all in an unbeatable atmosphere.

Of course, whatever the date you decide to go, keep an eye on the schedules because there are many that are closed on Sundays, both for guided tours and the sales and tasting facilities themselves.

But it will not be for wineries available beyond the Barrio de la Estación. Haro is full of them and some of them are very interesting to organize a visit. You can find the complete list on the Haro Tourism website.

We begin by visiting one of the most fascinating temples to see in Haro, the basilica of Nuestra Señora de la Vega.

Although its origins seem to date back to the 10th century, when the image of the Virgen de la Vega arrived in the city, nothing remains of these beginnings. The present temple is of baroque style, the result of enlargements and reforms throughout the centuries, the last one in the 18th century.

Its sober exterior features a semicircular arched doorway with images of St. Peter, St. Paul and the Immaculate Conception, topped with a belfry.

The interior has three halls covered with groin vaults over semicircular arches and cruciform pilasters. It has five sections, a transept and a rectangular roof lower than the halls, crowned with a beautiful semicircular vault over a lantern with eight windows that illuminate the interior.

Under it, the main baroque altarpiece of 1740 by Santiago del Amo, with the images of the Virgin Mary, St. Anne and St. Joaquin, works of Manuel Lomero.

The basilica was not consecrated until September 7, 1952, coinciding with the fourth centenary of the founding of the Brotherhood of La Vega.

On one side you will see a beautiful polychrome Gothic carving of the Virgin of La Vega, from the 14th century. She holds in her hands a pomegranate, added after the capture of Granada in 1492, and some ears of wheat, since the Virgin worked the miracle of converting barley into wheat to pay the debts of a needy family.

The tapas of La Herradura

Just hearing this name after you go to Haro will make your mouth water instantly. That La Rioja is a super powerful gastronomic destination is no secret, and in Haro you will find a magnificent example of how their gastronomy is so adored and respected.

It has nothing to envy to Laurel Street in Logroño, although, in the end, they are very diferent places.

The area known as La Herradura is a conglomerate of pedestrian streets and squares full of bars and taverns. If you like tapas accompanied by a good wine, you have come to the right place.

Here they call it going out for pintxo-pote. A great way to enjoy the great atmosphere of this city and try the best tapas from various locals. The best time to wander around these streets is at vermouth time or in the evening.