Today, Bilbao is an internationally recognised urban benchmark thanks to the fact that the strength of its avant-garde architecture is based on integration and respect for its industrial past.

Bilbao is one of the most cosmopolitan and innovative cities in Europe, thanks to the work of the best teams of architects in the world. The Guggenheim Museum Bilbao, designed by the prestigious architect Frank Gehry, the Iberdrola Tower by César Pelli, “Azkuna Zentroa–Alhóndiga Bilbao“, by Philippe Starck and the Isozaki Towers are just a few examples.

A visit to the Historic Centre of the city means exploring the famous seven streets or Siete Calles, which is the name given to the Old Quarter of Bilbao. The Arriaga Theatre, the La Ribera Market, the Town Hall and the “Palacio de la Diputación” (seat of the Provincial Government) all help to create an elegant, modern city. The Puente Bizkaia bridge is also a must-visit, more popularly known as the Puente Colgante or hanging bridge, and which is a Heritage of Humanity.

The estuary as a reference point


During your visit to Bilbao, use the Ría or estuary as your reference point. Today, this artery, which was used for shipping in the past, is still a key part of city life. Following its course, you will come to the Puente Bizkaia bridge, a gem of industrial architecture and a Heritage of Humanity.

A tour of the Ría and its bridges takes you through the history of this city. The Zubizuri bridge and the Pasarela Arrupe footbridge and others such as the bridge of San Antón, are important landmarks of the city’s past.

The Ría will also lead you to the Old Quarter or Casco Viejo, an area full of life. Explore its busy “siete calles” (seven streets) and almost without realising it you’ll be sampling the Pintxos (tapas) in the bars accompanied by small glasses of wine or beer – an activity which is known as “txikiteando”.


This is one of the most traditional and exquisite delicacies of the city. It is the Bilbao sweetmeat par excellence, together with the “Pastel de arroz ” (flaky pastry and custard cake) and the Bollo de mantequilla (bun filled with buttercream).

Dulce Carolina is a foam meringue on a fine flaky pastry base which is filled with confectioner’s custard, decorated with a film of egg on one side and chocolate on the other. 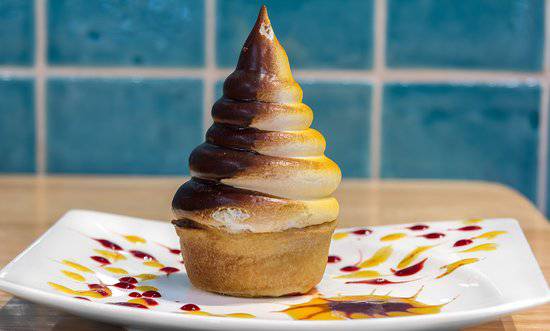 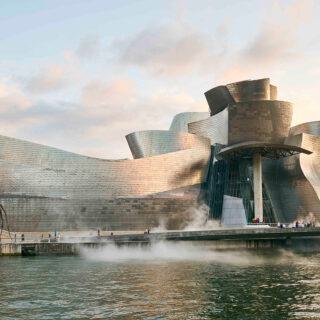 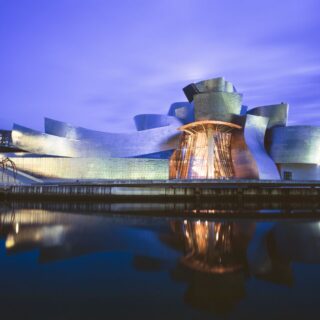 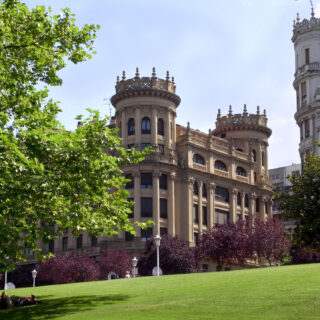 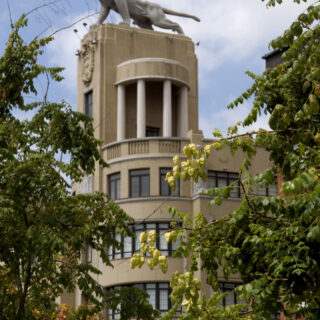 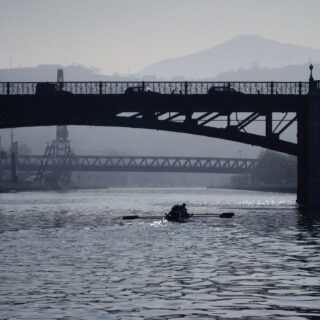 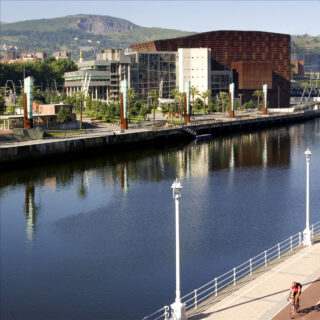 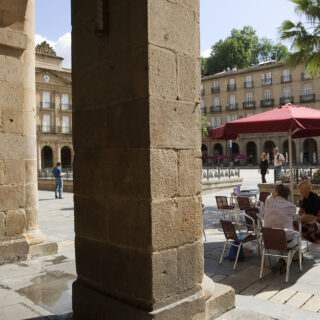 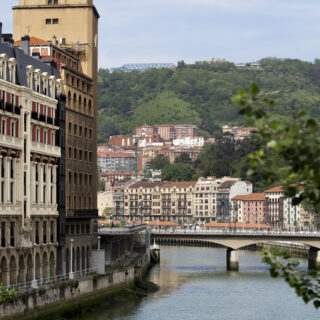 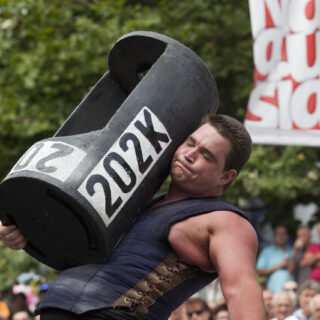 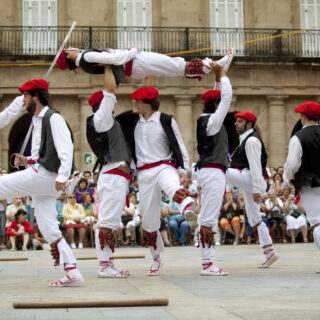 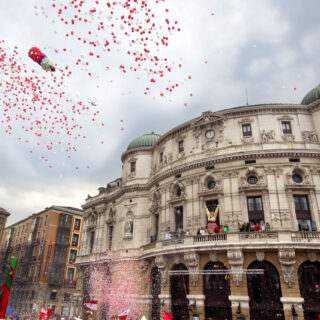 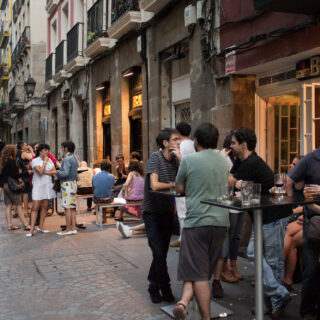 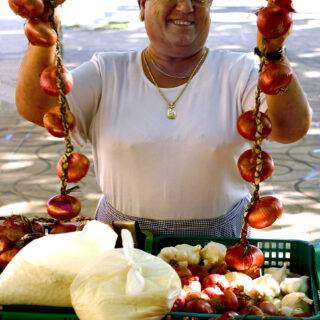 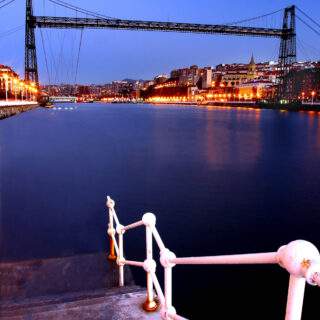 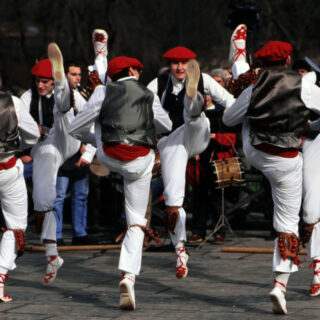 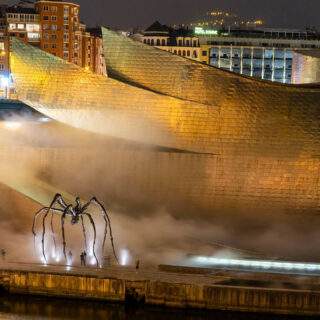 What to see in Bilbao

Let’s go again to the north of Spain, where we are going to tell you what to see in Bilbao.

Bilbao is a cosmopolitan and sophisticated city, which has a unique style and air, very different from other cities in Spain. For many, is the ideal city for a weekend getaway, although this ancient city has a lot more to offer than a simple family weekend.

Come with us in this article, which will help you to understand what are you missing in Bilbao if you haven’t gone there yet.

Bilbao is a city in continuous evolution. It has risen from the ashes of old, and now you can find a mixture of traditional Basque culture, fused with its gastronomy and history, with a touch of modern and industrial touch, which has turned it into a city of the XXI century.

You will love to take a trip to Bilbao from time to time, as it has many of the things that you can find in a big city, but in a much more relaxed and stress-free way. Being a smaller city, it is more affordable, but its cultural offer is at the level of large European capitals, as it is one of the most avant-garde cities of its country and continent.

A good way to visit Bilbao is during a weekend, as you will find culture, leisure, gastronomy, a unique landscape, and many activities to do. If it is the first time you go to the basque city, a free tour of Bilbao can be a very enriching experience, allowing you to get to know the city and the customs of the locals through a local guide.

Bilbao, as a lot of cities in Spain, has some of the best tour guides, because, usually, they are residents, or have been, of the city itself. Believe us, that is rarely true. If you want an example, try to find a native of Barcelona that’s a tour guide.

The distances in the center of Bilbao are not too great, so it is an ideal city for walking, and enjoy it, basically, by foot.

Although, if you do not feel like walking, it has a good transport system with buses, streetcars, and a subway with a few lines. So, if you arrive by car, it is best to park it and move on foot or by public transport.

One of the best examples of the transformation that Bilbao has undergone is the Guggenheim Museum. A cultural place of avant-garde architecture that in a few years has become the icon of the city, and rightly so. Guggenheim should be contemplated both on the outside, with its spectacular forms, and on the inside.

There it hosts a collection of art, architecture, and other important pieces that are change every few months, bringing the excellence of this city and the European continent to its best scenario.

It is significant for you to buy anticipated tickets because a lot of people goes to this museum alone. They don’t even care about the city, so be careful. If you try to improvise your visit in summer or weekends, you will not enter anytime soon.

We insist that you buy tickets in advance to avoid queues and make the most of your visit. In addition, on the outside, you can also find several sculptures that delight visitors, such as a giant Puppy made with flowers and vegetation.

To get there you’ll have to take the Gran Vía until you reach the Plaza de Federico Moyúa, which is the true center of the city, where you will find the imposing Palacio Chávarri, seat of the Civil Government and the Hotel Carlton, a hotel that, usually, only takes into account the most highly regarded people.

From here, along the Alameda de Recalde, you will reach the Guggenheim Museum, an obvious vista that you can hardly miss.

The Guggenheim Museum in Bilbao is one of the three museums that the Solomon R. Guggenheim Foundation has in the world. The others located in the “small cities” of New York and Venice.

The Bilbao headquarters is the star of the city, thanks to this building designed by Frank Gehry, Bilbao gave a radical change and has already become one of the most famous museums in the world and, with it, the city has seen an increment in tourism, more money and a popularity never before achieved.

Think of Bilbao and associate it with the Guggenheim museum is a must. Thanks to that, this capital has become a cultural reference worldwide.

Its spectacular and imposing titanium and glass building with curvilinear shapes, which takes on different shades depending on the light of day, leaves no one indifferent, event if you have seen buildings like the Tower of Tokyo.

This place it’s inspired by a stranded ship in the northern sea, and its silhouette is one of the best known in Spain and all around the world. It is located next to the estuary and has been perfectly integrated into the environment, being a building as much photogenic as it is avant-garde.

Finally, In the square in front of the main entrance, is the sculpture of the Puppy that we talked about before. This is the work of Jeff Koons, which opted to create a giant dog made of natural flowers, and, although it was only a temporarily exposition, in the end it has remained there as a mascot of the museum.